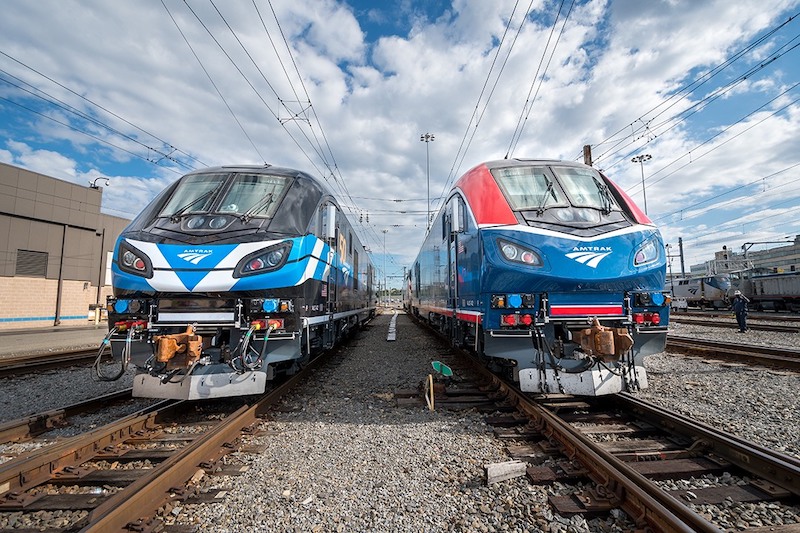 Amtrak recently sent an ALC-42 west on the Empire Builder route to familiarize crews before the locomotives are put into service. Photo Courtesy of Amtrak.

SHELBY, Mont. — The first new locomotives built for long-distance passenger service in the United States in a generation will make their in-service debut on the Empire Builder in the coming months, Amtrak officials tell Railfan & Railroad.

This month, Siemens Mobility ALC-42 300 — the first of 75 locomotives Amtrak has purchased for long-distance service — has been moving west along the Empire Builder route so that crews can get familiarized with the locomotive. The locomotive is presently in Shelby, Mont., a crew base for the Chicago to Portland/Seattle train. It is expected to head west toward Spokane in the coming days. An exact date has not been set for when the first revenue run will take place but officials say it will happen before spring.

A spokesperson for Amtrak said that the ALC-42 locomotives will initially be paired up with General Electric P42s on the Empire Builder.

So far, five ALC-42s have been delivered to Amtrak, 300 through 305. Locomotive 301 features Amtrak’s “Day 1” black scheme and the rest are in Phase VI. Amtrak has initially hoped to have the first ALC-42s in service in late 2021, but delays in the crew familiarization process pushed the debut to this year. Two more locomotives are expected to be released from Siemens’ in Sacramento in February.

The new ALC-42 locomotives are based on Siemens successful Charger series of locomotives but with larger fuel tanks, 4,200 horsepower and a new front-end that makes it easier to repair out in the field. Amtrak officials said the locomotives will become the “new face” of passenger railroading in America.