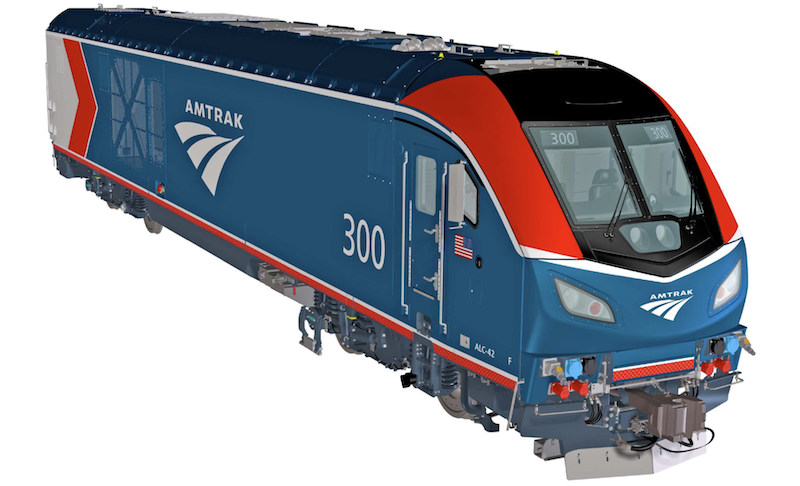 A look at the new ALC-42 Charger locomotive. Photo Courtesy of Amtrak.

WASHINGTON — Amtrak’s newest locomotives are getting a new look. On Wednesday, the passenger railroad revealed what the first five ALC-42 Siemens Charger locomotives being built for long-distance service will look like. The railroad also announced that a sixth locomotive will wear a special livery to mark its 50th anniversary in 2021. That scheme has not yet be revealed.

Amtrak has ordered 75 Charger locomotives for long-distance service and the first ones are expected to arrive late this year or early next year. Earlier this year, Amtrak tested some SC-44 Chargers currently used on its Midwest services on the Empire Builder, Coast Starlight and California Zephyr routes.

The ALC-42 locomotives will serve as the  “new face of Amtrak,” officials say. The first five will be blue with red and white highlights. Officials say that only five locomotives will appear in this scheme and “a final livery will be unveiled later as part of a fleet-wide plan.” 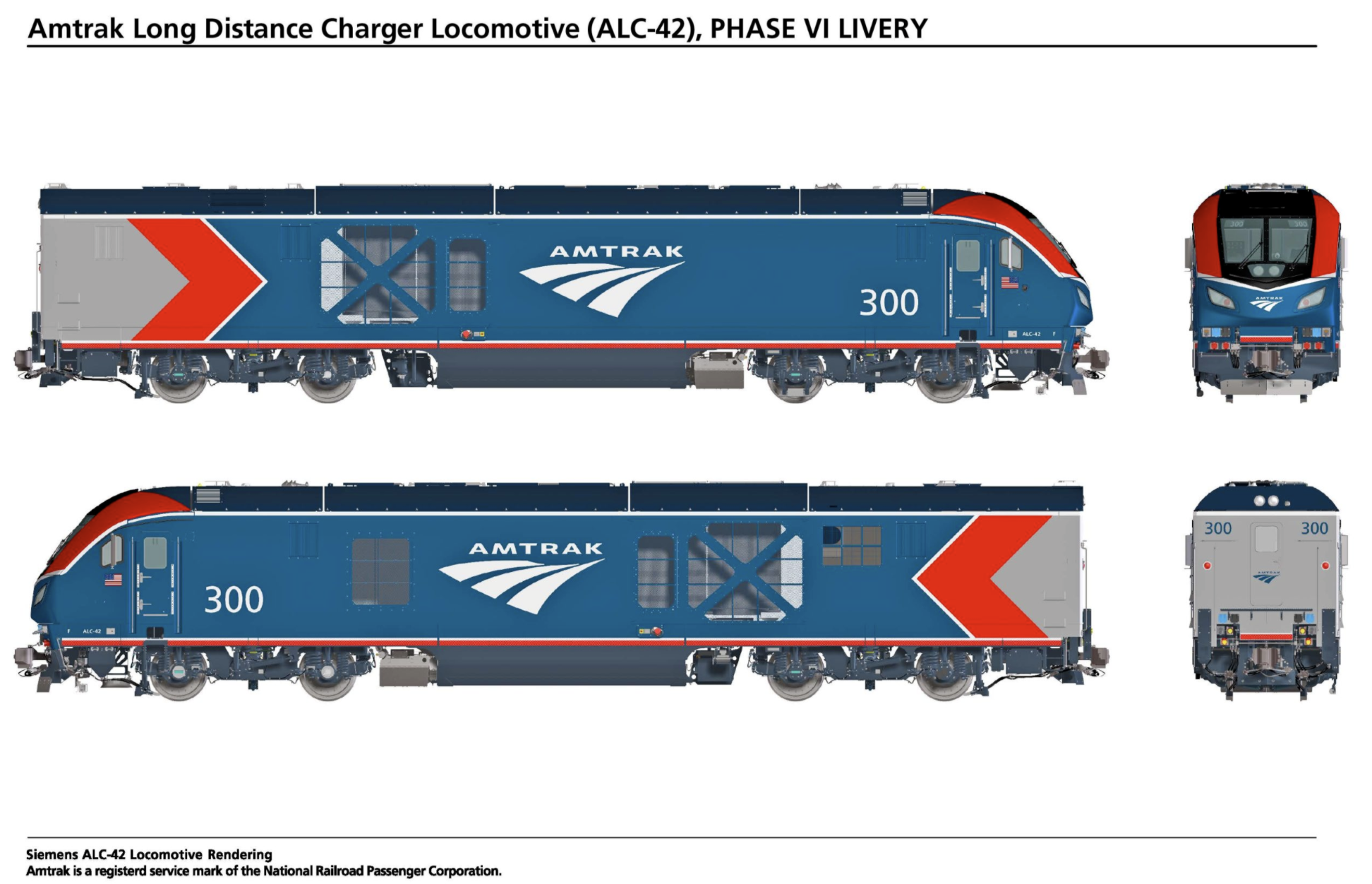 A look at the new ALC-42 locomotives. Courtesy of Amtrak.