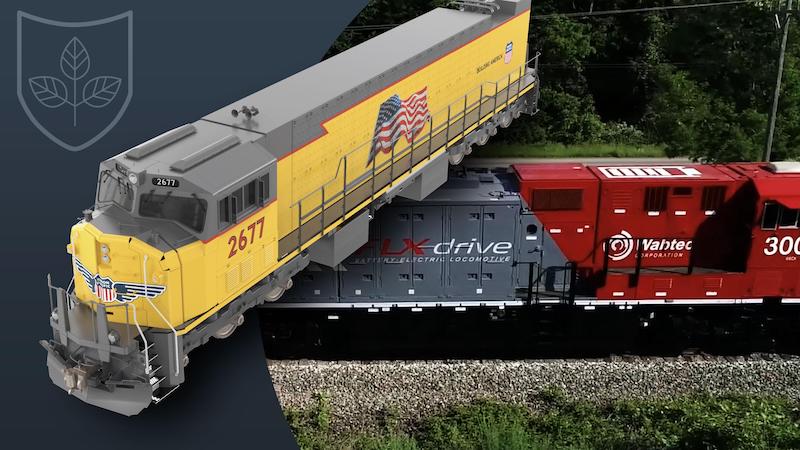 Union Pacific will spend $100 million on battery-electric locomotives, the largest investment yet into the technology by a Class I. Photo Courtesy of Union Pacific.

OMAHA — Union Pacific plans to purchase 20 battery-electric locomotives for yard service, the railroad announced last week. The railroad will spend $100 million on the Progress Rail-built locomotives and other infrastructure improvements, the largest investment into the technology ever made by a Class I railroad.

UP officials said they expect the first locomotives to arrive in late 2023. They will be used in California and Nebraska so that they can be tested in cold and warm climates, helping identify the locomotives’ capabilities and challenges for broader development. The locomotives will emit zero emissions and for every 10 battery-electric locomotives used, approximately 4,000 tons of carbon will be eliminated annually, the equivalent of removing 800 cars from the highway. By working with the locomotive manufacturers in this test phase, Union Pacific hopes to advance battery-electric technology development and evaluate its potential deployment in long-haul service.

“We’re committed to actions that reduce Union Pacific’s environmental footprint as we work toward our ultimate goal of reaching net-zero emissions by 2050,” said Lance Fritz, Chairman, President and CEO of Union Pacific. “These investments will contribute to further developing this important technology and providing industry-wide benefits.”