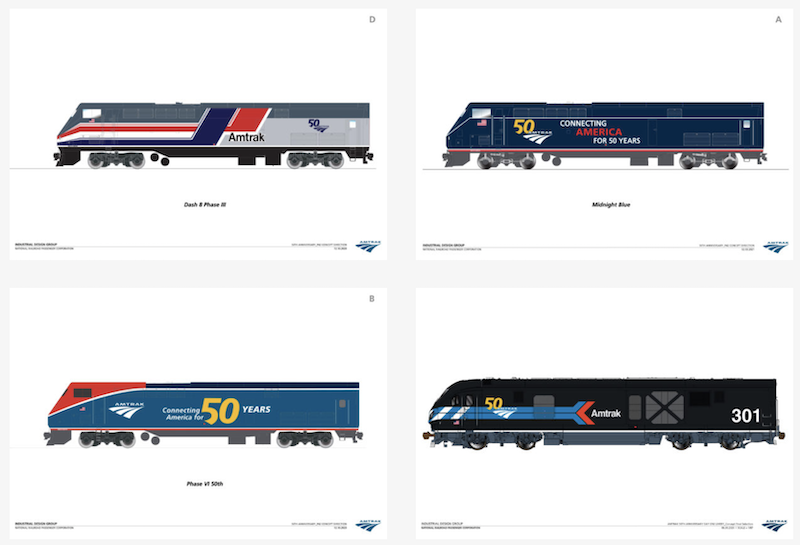 Renderings of four of the six commemorative locomotives Amtrak will be releasing in the coming months. Courtesy of Amtrak.

WASHINGTON — Amtrak has released additional information about the six specially-painted locomotives it will be releasing in the coming months to celebrate its 50th anniversary.

On Tuesday, the railroad released a video that showed paint diagrams for six different locomotives: Five General Electric P42s and one Siemens ALC-42, one of the new long-distance Chargers currently being built in California. One of the locomotives, P42 46, is already on the road in Amtrak Phase V with a commemorative logo on the side. The locomotive was originally going to lead President Joe Biden’s inauguration train but that was canceled at the last minute. The other locomotives will be released as they are put through the paint shop at Beech Grove, Ind. 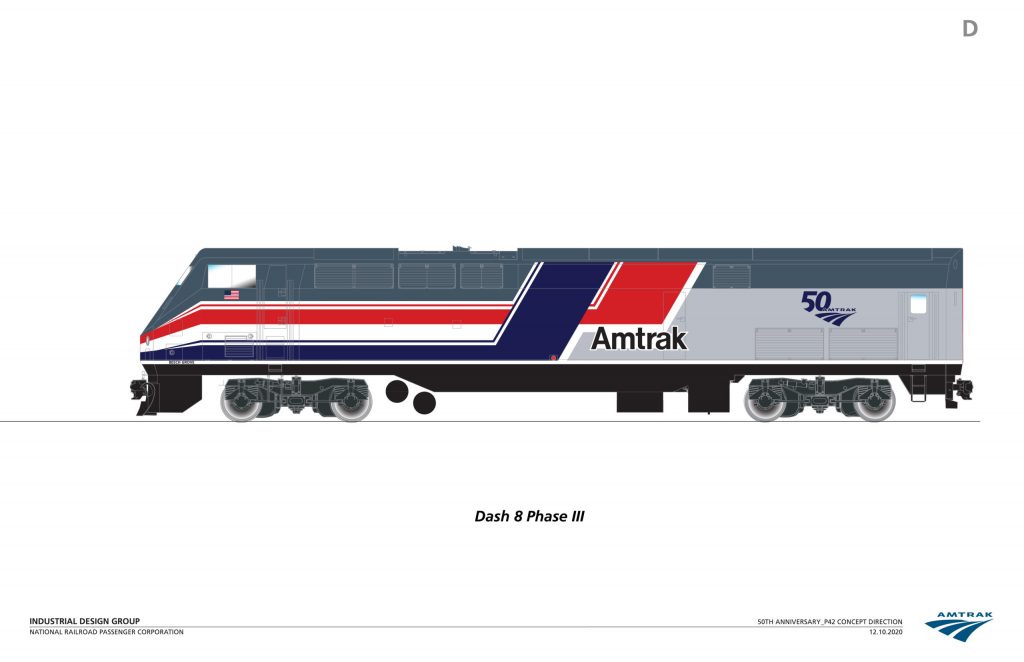 An Amtrak P42 in the Dash 8 Phase III scheme. Courtesy of Amtrak.

“We chose locomotives already budgeted for new paint as part of our life cycle preventative maintenance program and used the opportunity to celebrate this significant milestone on the most iconic component of our business,” said Amtrak President Stephen Gardner. “The locomotive designs uniquely honor our heritage and our vision of connecting communities, economies and families nationwide.”

One P42 will appear in the Phase III scheme that was specifically designed for the Dash 8-32BWH in the early 1990s. Another will be in what’s called “Midnight Blue,” a one-of-a-kind paint scheme celebrating the dedication and commitment of employees. There will also be P42s painted in Phase I — the “bloody nose” scheme that was also revived for the 40th anniversary — and Phase VI. This will be the first time a P42 has worn the current Phase VI livery.

Lastly, ALC-42 301, which is currently being constructed in Sacramento, Calif., will appear in Amtrak’s black and blue “Day 1” scheme. The scheme was worn by an E-unit back in 1971 but was later replaced with Phase I. The locomotive will be delivered in April and is expected to undergo testing on the Northeast Corridor before entering regular service. 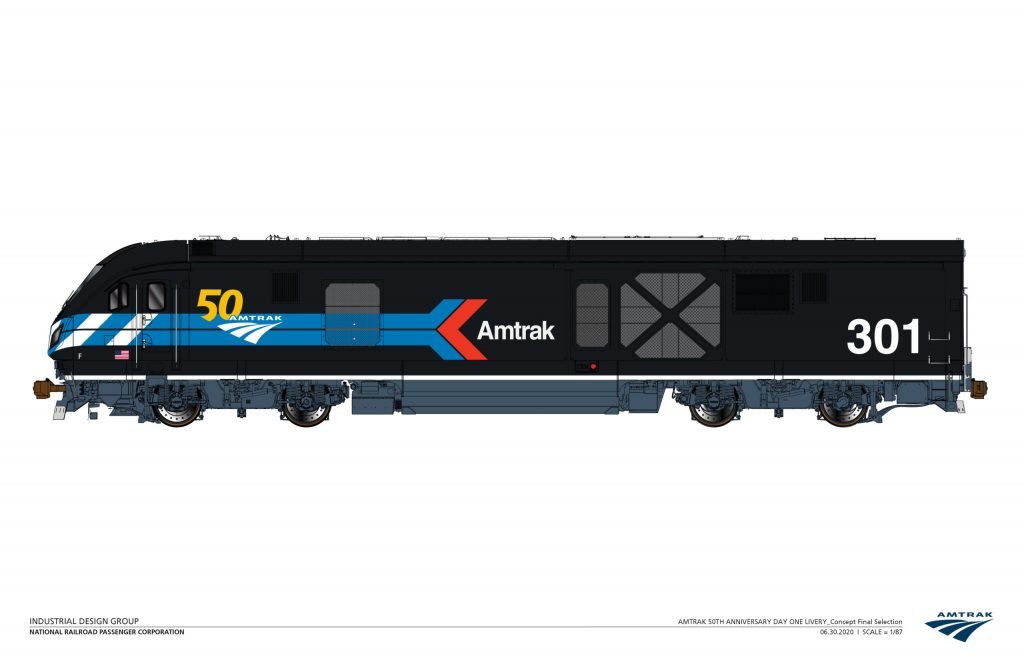 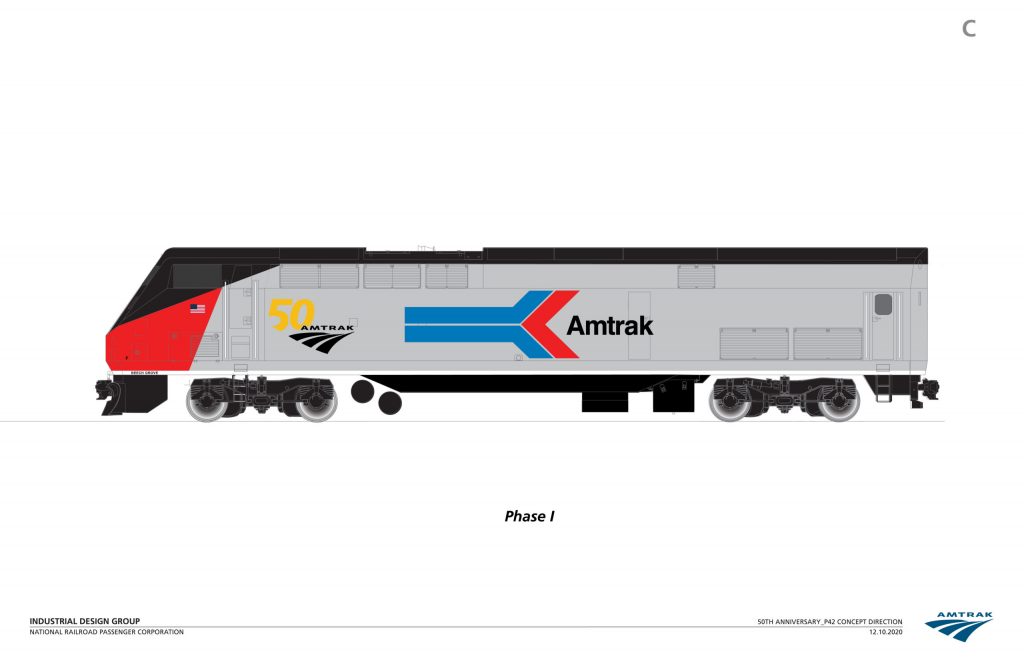 An Amtrak P42 in Phase I. Courtesy of Amtrak. 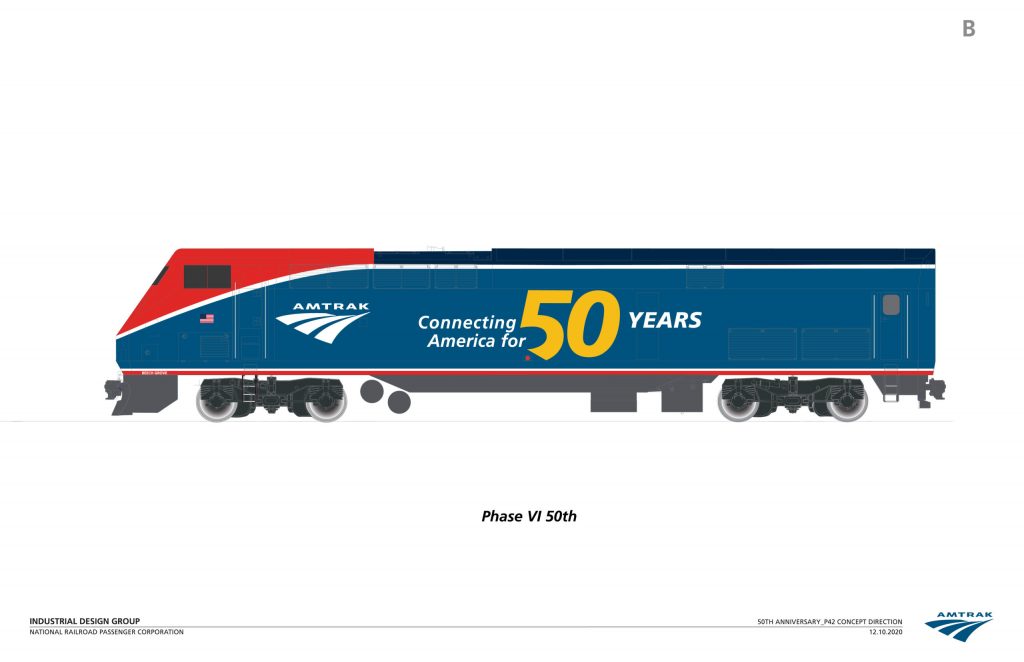 An Amtrak P42 in Phase VI. Courtesy of Amtrak. 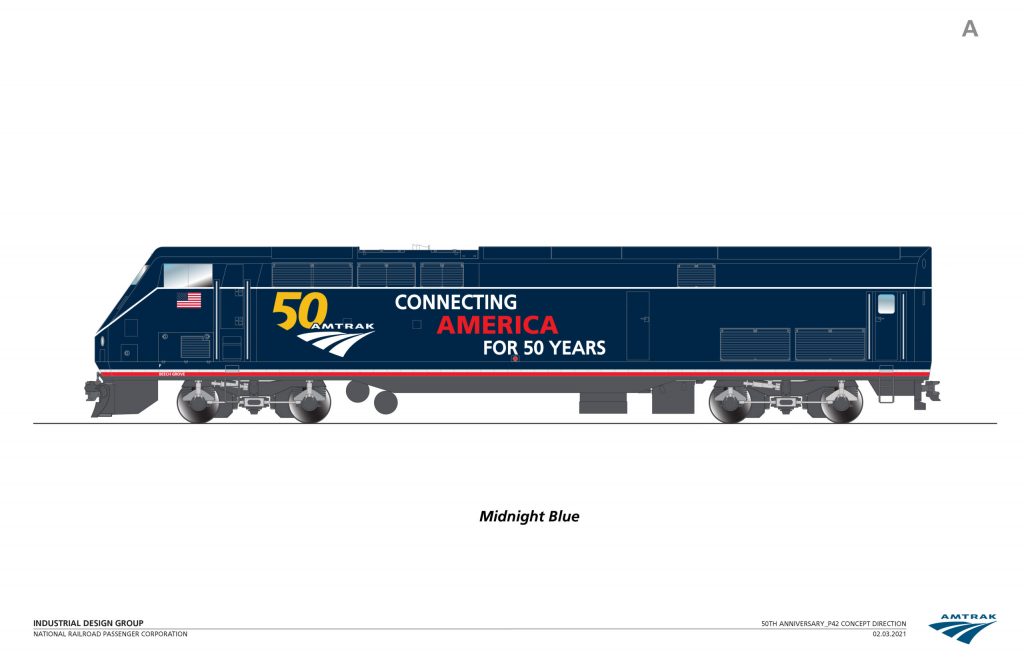