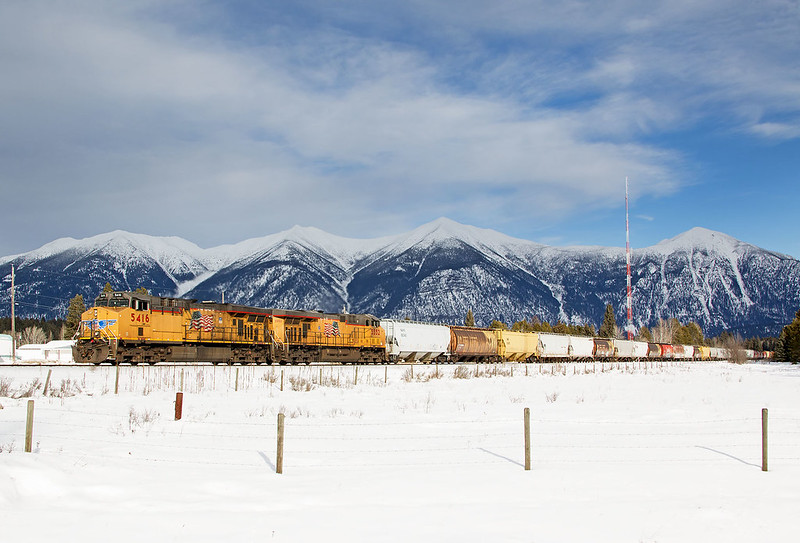 If Union Pacific made a New Year’s resolution to have a better relationship with customers and the STB, it’s off to a rough start. Photo by Justin Franz.

WASHINGTON — Union Pacific is quickly moving trainloads of corn to Foster Farms facilities in California after the U.S. Surface Transportation Board issued a rare emergency service order on December 29. It was the second time in just six months that the federal regulator issued such an order forcing the Class I to serve the poultry producer.

On December 29, Foster Farms petitioned the STB to force UP to move trainloads of corn faster, noting that the lives of thousands of cattle and millions of chickens relied on the feed. The company noted that UP had not delivered enough corn in October and November, and that “resulted in feedstocks dwindling to critically low levels.”

The following day, UP urged the STB to deny the request, stating that it was not necessary because it was moving the trains as quickly as possible. It also reported that there were four trains en route to Foster Farms’ facilities in Traver and Turlock, Calif., and a fifth bound for Delhi, Calif. UP believed that those five trains would arrive between December 31 and January 3. It also said that a newly-acquired empty trainset was in Louisiana bound for Nebraska, where it would be loaded with corn and directed west. “The Board should at least monitor UP’s efforts to deliver the trains before deciding whether to impose a service order,” railroad attorneys wrote. But the STB rejected that plea and within hours, issued the emergency service order.

The emergency order comes just months after the STB considered making it even easier for shippers to request emergency service. That plan emerged last spring when service on the nation’s largest Class I railroads fell apart resulting in emergency hearings in Washington D.C. Since then most railroads have seemed to recover, but UP has struggled. In early December, the STB ordered UP executives to another hearing where they defended their use of embargoes. In 2022, UP issued more embargoes than any other Class I railroad, impacting service across its network. After that hearing, the railroad said it would put a pause on issuing embargoes until it could review what it heard from shippers. But that pause was brief and late last month, it issued a new one following a series of winter storms in the Midwest.