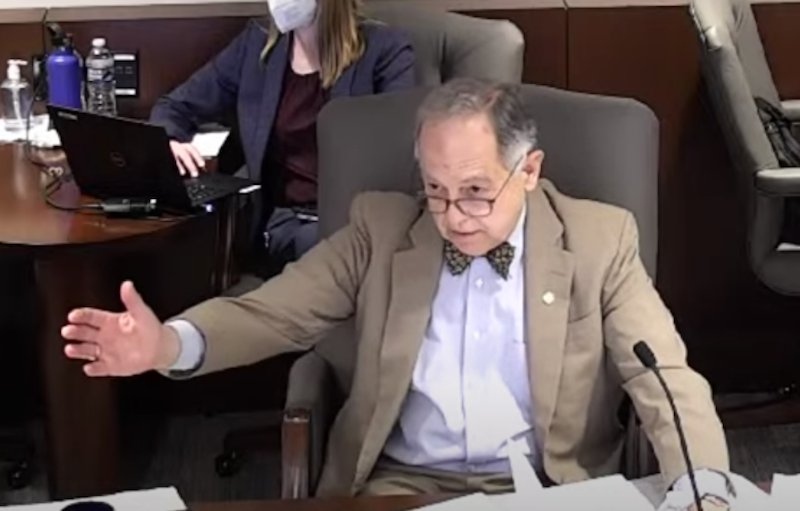 Months after the Class Is were forced to defend themselves against accusations of poor service, Union Pacific was brought back before the STB and Chairman Martin Oberman.

WASHINGTON — Shippers, railroaders and the federal board that oversees the rail industry blasted Union Pacific during a two-day hearing in Washington on December 13 and 14, over the Class I’s increased use of traffic embargoes.

According to the U.S. Surface Transportation Board, Union Pacific’s use of traffic embargoes — when it tells a shipper that it cannot take its freight — has skyrocketed in recent years, from just 27 in 2017 (the year before it instituted Precision Scheduled Railroading) to more than 880 in 2022.

STB officials note that UP is using traffic embargoes far more than any other railroad and that it is starting to significantly degrade service. The hearing came just eight months after the STB held another tense two-day hearing where executives from nearly all of the Class Is were forced to defend themselves against accusations of poor service. After that hearing, the board required the railroads to issue regular service updates and since then it appears most have improved. But UP appears to still be lagging behind.

During the hearing, major shippers testified how their businesses were impacted by poor service. Gregory Twist, senior vice president of transportation for Ag Processing, said he had never seen service so bad and placed the blame squarely on UP’s lack of capacity.

“I do not feel that they’re fulfilling the common carrier obligation,” he said.

UP President and CEO Lance Fritz admitted that “our service has not been good this year, there is no hiding that,” but defended the use of embargoes. Fritz blamed the labor shortage for most of its woes and natural disasters, including a 2021 bridge fire in California that took out a critical line between that state and the Pacific Northwest for weeks. But the STB, and specifically Chairman Martin J. Oberman, was not buying it. For example, Oberman noted that BNSF Railway had used embargoes to limit traffic into California over the summer. But that railroad had given shippers an end date to that embargo, whereas UP has often left its traffic prohibitions open-ended.

UP officials noted that only six percent of its customers were impacted by the use of embargoes, but that they understood the frustration from both the board and customers. During an exchange between Oberman and Fritz, the STB chair asked if reciprocal switching — a practice where one railroad can serve customers on another — was the answer. Class Is have been steadfast against the practice, but the STB has signaled that it could allow it in the future if service doesn’t improve. Fritz said he was generally against the idea, but that he would allow it on his railroad “if it was the best solution” for the customer.

On Wednesday, toward the end of the two-day session, UP officials told the board they would do their best to reduce the use of embargoes and find ways to improve service.

“We have listened, we have heard your feedback and concerns and we’re going to take this information back and evaluate it as a team,” said Brad Moore, vice president of customer care and support.