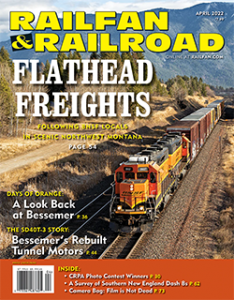 In February, Virgin Hyperloop made the announcement it was laying off half its staff and downsizing operations. If you haven’t kept up with controversial transportation technologies, the “hyperloop” is a concept proposed in 2013 by Tesla founder Elon Musk as an alternative to railways. The idea is to create a series of airtight vacuum tubes linking major cities, and then, using air pressure, propel capsules filled with people from one end to the other at speeds approaching 700 miles per hour. Given certain physics limitations, the original concept has been amended to add in magnetic levitation (maglev) to help maintain vehicle control within the tube system.

Virgin Hyperloop was founded one year later as one of several firms attempting to turn Musk’s proposal into a functional transportation system. It is also the most successful of the several firms pursuing the hyperloop concept, having constructed and successfully tested a prototype, albeit only at a speed of 107 mph. Despite this, the company’s February layoffs were announced in tandem with a strategic change; Virgin Hyperloop is no longer in the (theoretical) passenger transportation business. Instead, the focus is now on freight.

Those familiar with the history of freight railroading know that railways have constantly struggled to mitigate or prevent damage to cargo caused by train movement, especially by sudden stops and starts. The industry has pursued several tactics over the years, the most well-known being the “cushion car,” in which the underframe of a freight car can absorb sudden movements and “cushion” the cargo. The technology came straight out of Silicon Valley, engineered by William K. MacCurdy at the Stanford Research Institute in the mid-1950s.

At mid-century, however, most freight trains moved no faster than 60 or 70 mph. But 10 times as fast? That’s another matter entirely. I can imagine someone at Virgin Hyperloop drafting a letter, even now. “Dear Boeing,” it might begin, though it may well be directed at Lockheed, Airbus, or even NASA. “Would you help us create a vehicle underframe that can insulate cargo from acceleration and deceleration from just shy of the speed of sound?” At the same time, it might also want to contact the writers of Star Trek to get more information on those “inertial dampeners.”

Such gimmickry has an unfortunately long history in North American transportation, however; while the hyperloop is a particularly absurd example, there are several precedents. Remember the diesel multiple-unit (DMU) hype of the early 2000s? At the time, there were many self-appointed experts who argued that these self-propelled passenger cars used throughout Europe on short-haul corridors were essential to 21st century transportation in America. The DMU would reduce transit infrastructure costs, reduce maintenance bills, and make possible new services in smaller markets. None of this came true, and today there are only a handful in service on the continent (some built by Budd more than a half-century ago).

Another recent example is the so-called “modern streetcar.” The first of these systems was the Portland Streetcar in its namesake Oregon city, which opened in 1999. Built through a gentrifying industrial area, numerous planners, transit advocates, and vehicle salesmen directly linked these contemporary vehicles with promises of urban growth, and dozens of mayors across the country crayoned in improbable routes that zigzagged through depressed urban neighborhoods hoping for new condominiums with higher tax revenues to sprout up along the way. Results have been mixed. Some function as decent adjuncts to pedestrian circulation, some limp along mostly empty, and the best, such as Kansas City, Mo., are simply light rail in disguise.

There are plenty of other examples. Flying cars, atomic-powered aircraft, jet-powered locomotives, trains built from bus parts, buses that look like trolleys, self-driving cars, package dropping drones, urban helicopter airlines, and so on… Some existed briefly, some are still proposed, but the funny thing is how such promises of new solutions seem to evade the fundamental reality — the key to good transportation is operating a reliable service, not in providing a novel new mode with few practical applications. Long after the hyperloop has faded into the graveyard of yesterday’s fantasies, the efficiency of steel wheels on a steel rail means railways will still be around, doing their jobs day in and day out.

This article appeared in the April 2022 issue of Railfan & Railroad. Subscribe Today!