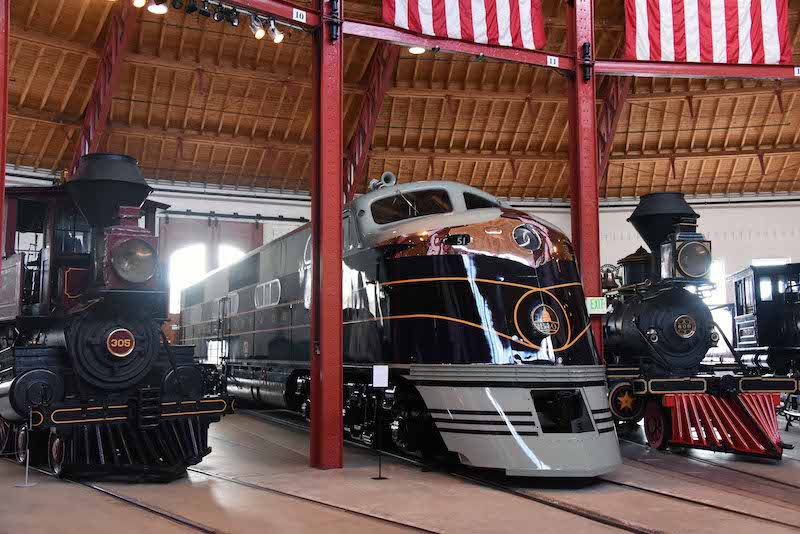 Baltimore & Ohio EA number 51 will remain on display in the B&O Museum’s historic roundhouse this week. Photo by M.T.Burkhart.

Baltimore & Ohio cab unit 51 was rolled out of the museum’s restoration shop this winter and given a place of honor among the collection’s steam locomotives in the historic roundhouse. At the end of the month, it will be moved to the North Carshop where it will still be viewable by visitors.

Built by EMC in 1937, 51 was the first streamlined diesel-electric and set the stage for the later line of successful “bulldog” nose E and F series locomotives that pulled freight and passenger trains across the country. The locomotive came to the museum in 1953. For many years it was on display in the front parking lot, and was later moved to the North Carshop and showcased alongside Chesapeake & Ohio streamlined 4-6-4 490. 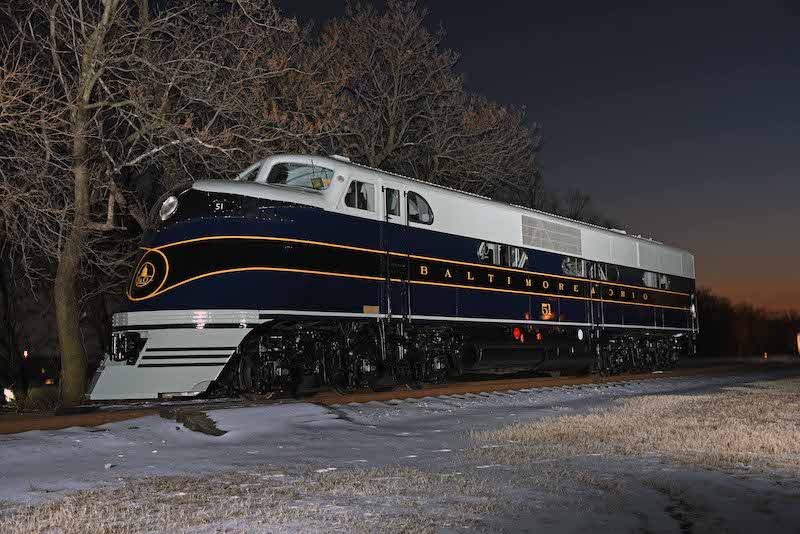 The locomotive was briefly taken out of the roundhouse this past weekend for a night photo session. Photo by M.T. Burkhart.

The painstaking cosmetic restoration took five years, the museum said. The locomotive was taken down to the skeleton frame. Original paint colors were analyzed and blueprints (also on display in the museum) inspected to get every detail accurate. While the Winton power plant remains intact, 51 is not operational, and there are no plans to get it running.

The museum is open from 10 a.m. to 4 p.m. daily. For more information, visit BORail.org.