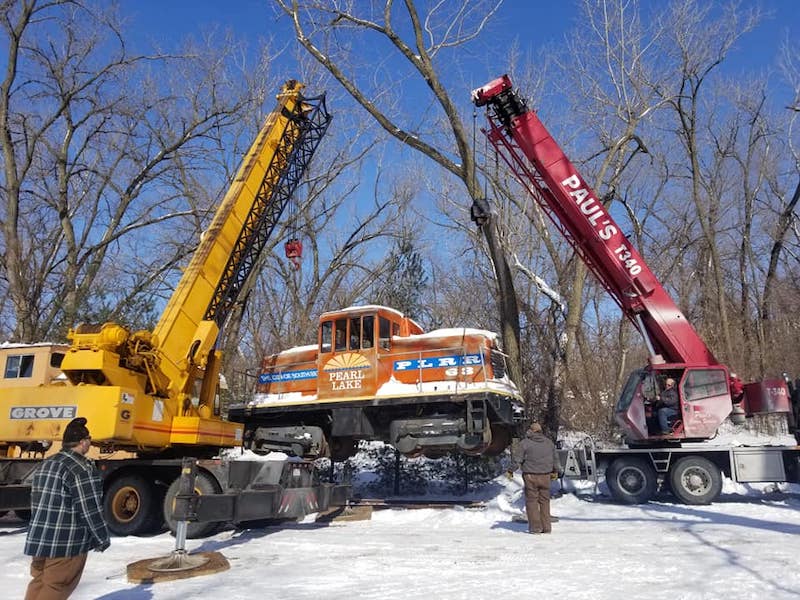 A General Electric 45-ton locomotive is loaded on a truck last week to be transported to the Wisconsin Great Northern Railroad. Photo by Nick Turinetti.

REDGRANITE, Wis. — The Wisconsin Great Northern Railroad has saved a General Electric 45-ton locomotive and two cabooses. The equipment was owned by a local campground and was transported to WGNR’s facilities in Trego, Wis., last week. The WGNR also owns the former Chicago, Burlington & Quincy Mark Twain Zephyr that it is restoring to operation. 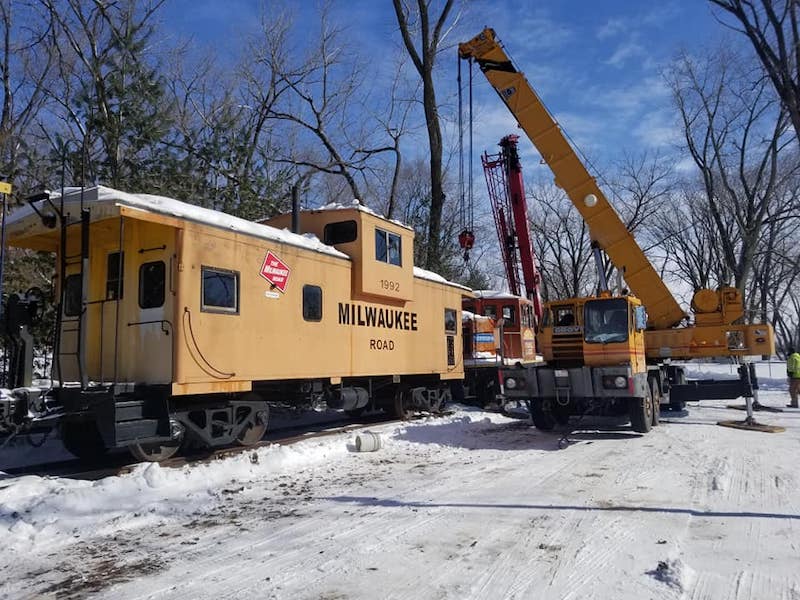 A former Soo Line caboose – painted up in Milwaukee Road colors – is seen being loaded onto a truck. Photo by Nick Turinetti.

According to the railroad, the 45-ton locomotive was built in 1948 for the Elmhurst Sand & Gravel Company and worked just south of the Illinois-Wisconsin state line at a gravel pit in South Beloit, Ill. In the 1990s, the locomotive and some land were donated to the city but the community had no use for the locomotive and was worried it would become a liability. That’s when Mike Witte, a local railfan and campground owner, purchased it. Witte had hoped to build a loop of track to offer excursions and even purchased two cabooses — one painted for the Milwaukee Road and the other the Chicago & North Western, although neither worked for those railroads. Unfortunately, plans for the excursion railroad never got off the ground, although the locomotive was put in working order.

Last year, the campground was sold and the new owners decided they did not want the equipment. Wisconsin Great Northern stepped in and saved it. At this time, it’s unclear what the railroad will do with the equipment although they are considering several different options. 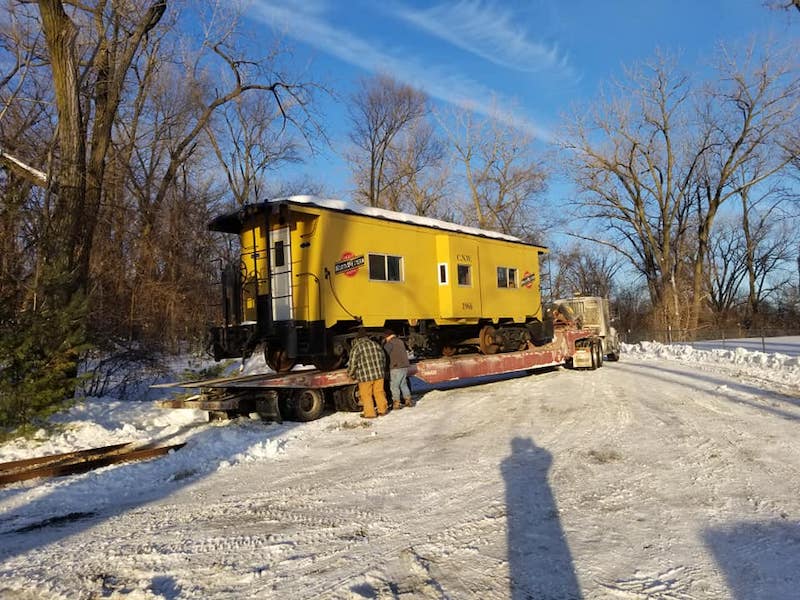 The CNW-painted baywindow cabooses is loaded up for the trip to its new home. Nick Turinetti photo