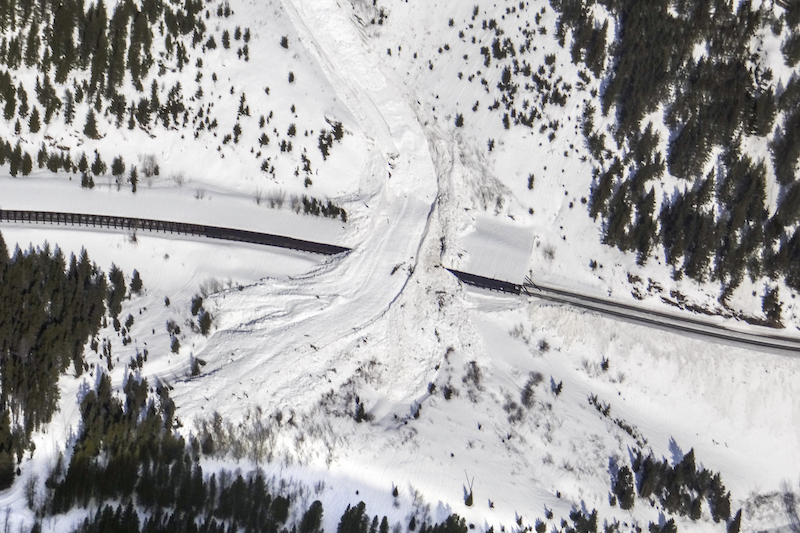 A 2018 photo shows the path of an avalanche that went over a snowshed on Marias Pass, east of Essex, Mont. Photo Courtesy of BNSF Railway.

The slide occurred east of Java, Mont., at about 10 p.m. Mountain Time on Sunday and blocked both main line tracks. BNSF officials tell Railfan & Railroad that crews have been using equipment, including a Jordan Spreader, to clear a path for freight traffic.

This afternoon, BNSF is restricting the number of trains moving through the area and some are being detoured by way of Montana Rail Link through the southern part of the state. The railroad is also working with the National Park Service on avalanche mitigation efforts. Because the avalanche occurred in Glacier National Park, the railroad must receive permission from the superintendent of the park to conduct mitigation like triggering slides.

Snow slides have been an issue on Marias Pass for more than a century and railroaders have long called the stretch of railroad between Essex and the summit at Marias Pass “Avalanche Alley.” BNSF maintains an avalanche program and has forecasters who help predict when slides might impact the right-of-way.

The Flathead Avalanche Center has said there is a “high” probability for additional slides over the next few days in Glacier National Park and the surrounding region.