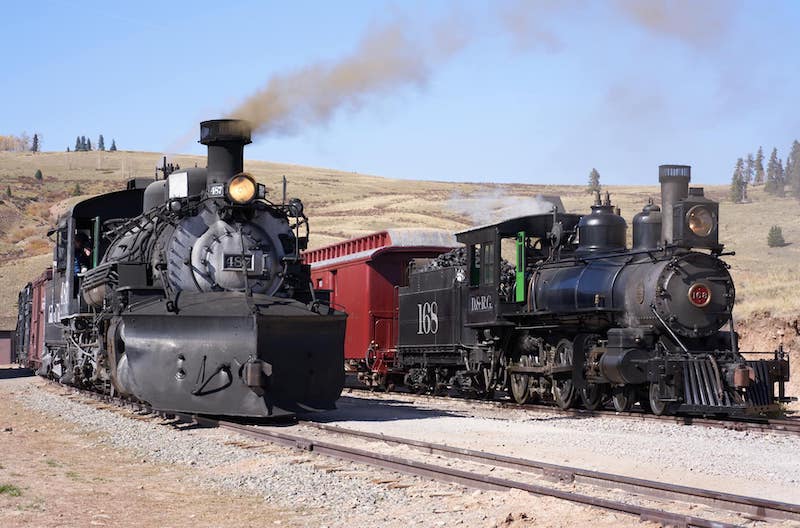 ANTONITO, Colo. — The public will get its first opportunity to ride behind the recently-restored Denver & Rio Grande 4-6-0 168 this summer at the Cumbres & Toltec Scenic. The railroad announced that the historic Ten-Wheeler and its historically accurate train will run on one Sunday a month out of Antonito, Colo., starting in June.

The C&TS completed the restoration of 168 back in 2019 and it made a few runs in 2020. The locomotive spent decades on display in Colorado Springs before being restored by the C&TS in 2015 for use on the railroad’s “historic consist,” a group of passengers cars being restored to recreate the San Juan Express of the early 20th century (Read more about the train in the December 2020 Preservation column).

The train will depart Antonito and run west to Osier before returning east. The train will run on June 27, July 25, August 29, September 26, and October 24. The locomotive will also be out for special occasions, including the highly anticipated Victorian steam roundup, which had to be postponed from August 2020 to August 2021 due to the virus. Tickets on the historic consist, dubbed the San Jaun and New Mexico Express, will be limited.

Visit the C&TS website for more information and tickets.