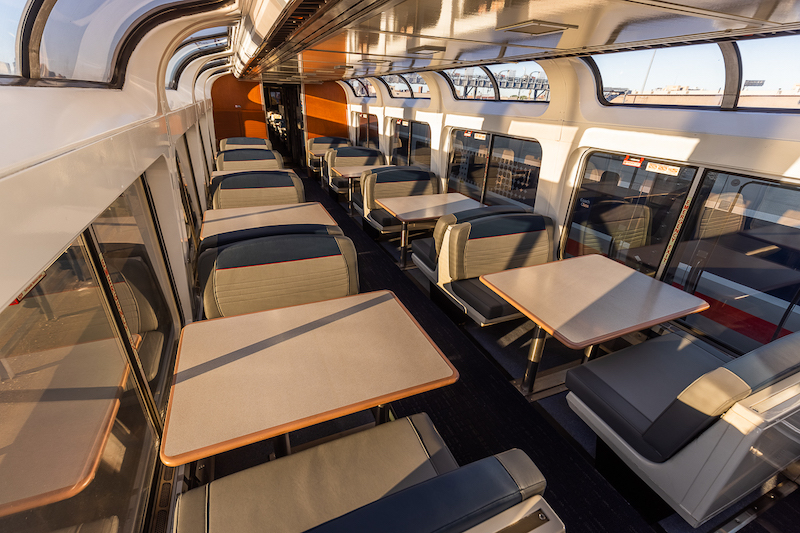 The inside of one of Amtrak’s newly refurbished Superliner cars. Photo Courtesy of Amtrak.

CHICAGO — Amtrak has begun a multi-year, multi-million dollar effort to refurbish the bi-level Superliner fleet used on its long-distance trains in the midwest, south and west. The passenger railroad plans on spending $28 million over the next three years to upgrade more than 450 railcars, the first of which were on display in Chicago this week and will be put into service this fall.

The new upgrades follow a flurry of good news for fans of Amtrak’s long-distance trains: In May, most of the long-distance trains went from a tri-weekly schedule to daily and earlier this month it was announced that traditional dining service would return following is curtailment earlier during the pandemic. 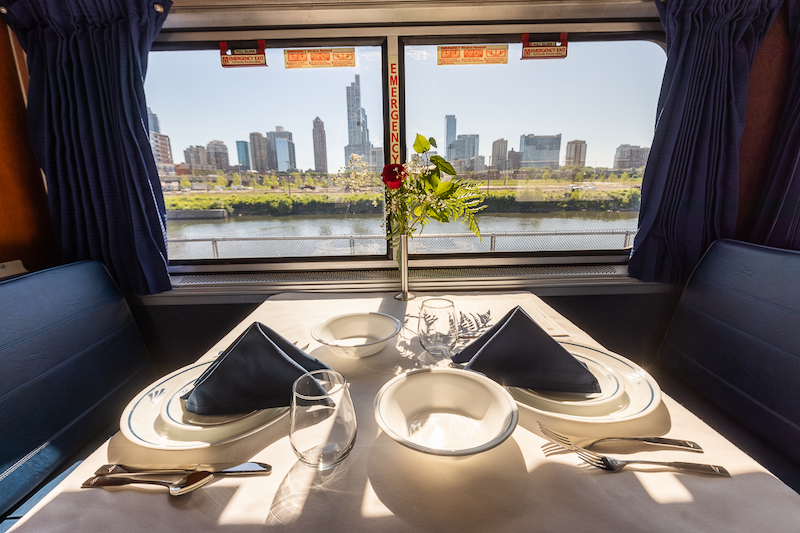 The inside of a refurbished Superliner diner. Courtesy Photo. 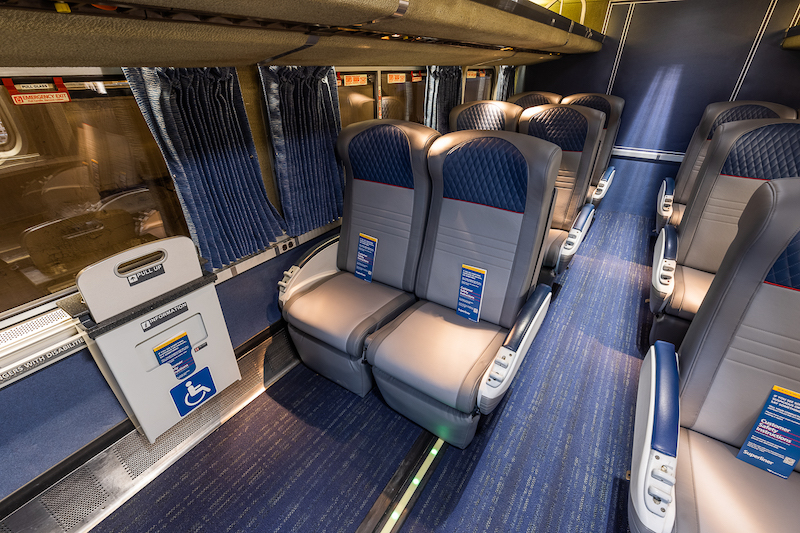 The inside of one of Amtrak’s refurbished Superliner Coaches. Courtesy Photo. 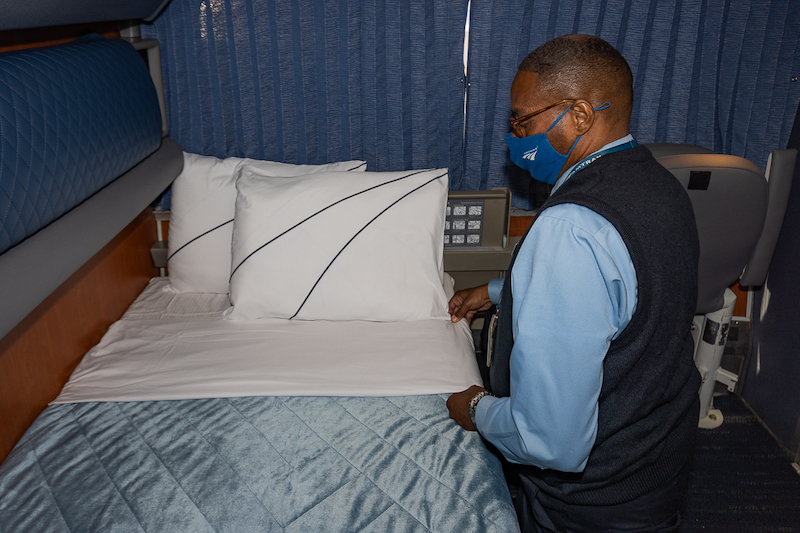 Amtrak’s Superliners were built in the 1980s and 1990s and this new refurbishing program will extend the cars’ useful life. Upgrades include new seating cushions and upholstery, carpet, LED lighting, tables and curtains. All Superliner Coaches, Sleeping Cars, Dining Cars and Sightseer Lounges presently in service will be refreshed. Additionally, upgraded bedding, pillows, towels and linens, as successfully tested on Auto Train, will be expanding to all private Bedrooms and Roomettes starting this August. This will be followed by the installation of lotion dispensers in each Bedroom and three-bottle dispensers of shampoo, conditioner and body wash in each shower, doing away with much of the single-use packaging in our Sleeping Cars.

“We are marking a new era in customer experience for our historic routes that serve the country with comfortable and affordable coach seating and private rooms,” said Roger Harris, Amtrak Executive Vice President/Chief Marketing and Revenue Officer. “As we mark Amtrak’s 50th anniversary this year, these significant investments in the long-distance network lay the foundation for our next decades of service.”

Also on display in Chicago was Amtrak’s first long-distance Siemens Charger, ALC-42 300. Amtrak has ordered 75 of the new locomotives that will become the “face” of passenger railroading in the United States.