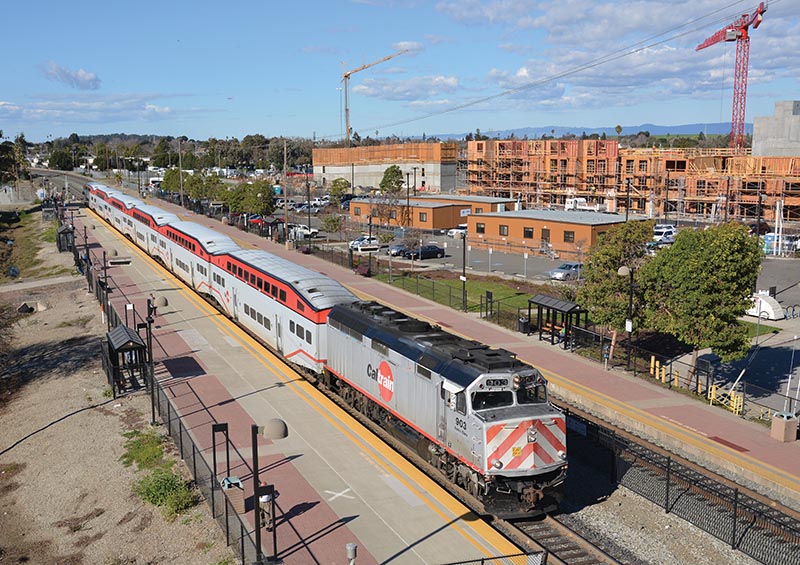 The agency cited a number of issues that caused the delay, including the interruption of its construction supply chains because of the COVID-19 pandemic, unforeseen problems with the conditions in the roadbed/sub roadbed below the tracks and complications installing the new signal system.

According to Caltrans, 75 percent of catenary foundations and 60 percent of the poles have been installed on 51 miles of track along the San Francisco Peninsula. All 10 traction power facilities are currently under construction and overhead has been installed in all four tunnels along the line. The first of the Statler-built bi-level trainsets is currently undergoing testing at the Transportation Technology Center testing facility near Pueblo, Colorado.

Read more about Caltrain in the June 2018 issue of Railfan & Railroad!