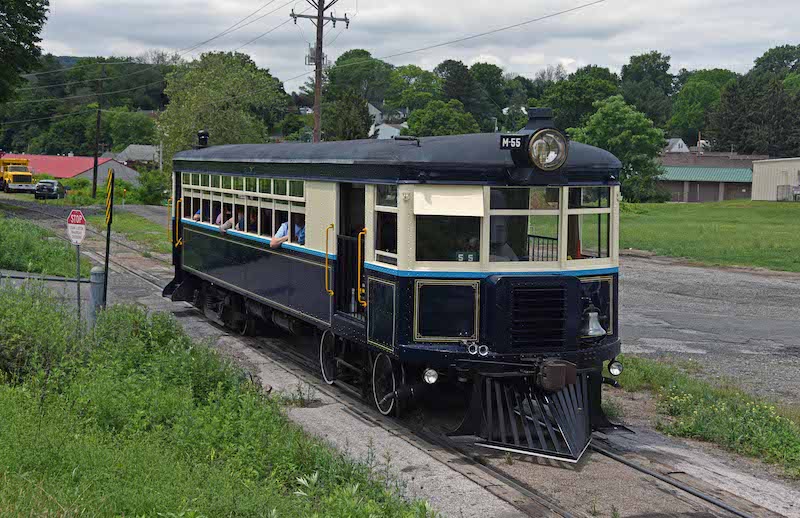 Colebrookdale Railroad’s Brill M-55 motorcar will be used on some trips on the former Reading branch between Boyertown and Pottstown, Pa. this summer. Photo by M.T.Burkhart.

BOYERTOWN, Pa. – Colebrookdale Railroad’s 90-year-old “doodlebug” was recently returned to service sporting a new paint scheme and will be used on some weekend trips this summer.

Built as a combine in 1930 by J.G. Brill Co. in Philadelphia, the M-55 motorcar underwent an engine rebuild along with other mechanical work and repainting into dark blue and cream over the past two years. Over the years, the car was used by Remington Arms for in-plant service and by Sperry Rail Service. It was later sold and restored in 2004 by the Edwards Motor Car Co. and ran in tourist service in Florida, Arizona and New Jersey. 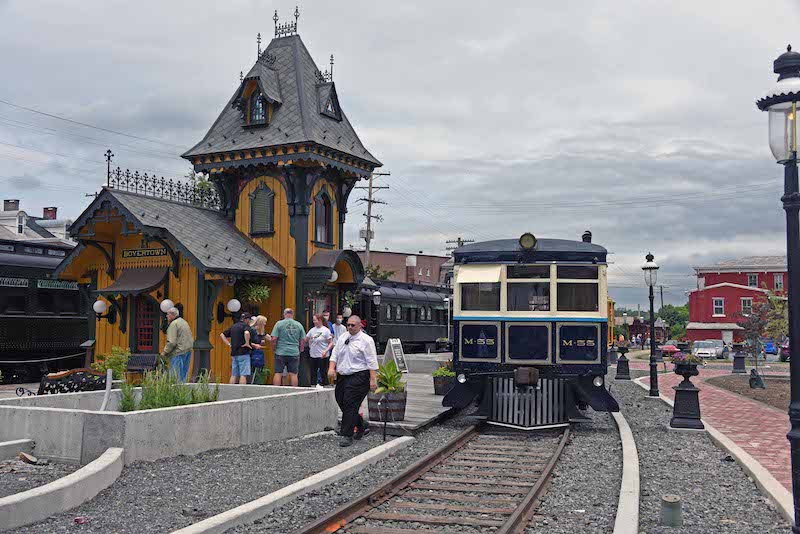 The car is perhaps best known for its time on the Black River & Western running as the “Delaware Turtle” south out of Phillipsburg, N.J. Trips on the Colebrookdale, a former Reading Company branch between Boyertown and Pottstown, Pa., are planned for 1 p.m. on June 26, and 1 and 4 p.m. on July 10, 11, 17 and 18, according to the schedule.

Colebrookdale’s regular trips are pulled by diesels, including a former Conrail GP10 and an ex-Southern high-hood GP38-2. Two steam locomotives have been acquired but are not yet on the property. The railroad and volunteers have been working for the past few years to construct stations at both ends of the line as well as restoring numerous passenger cars to service.