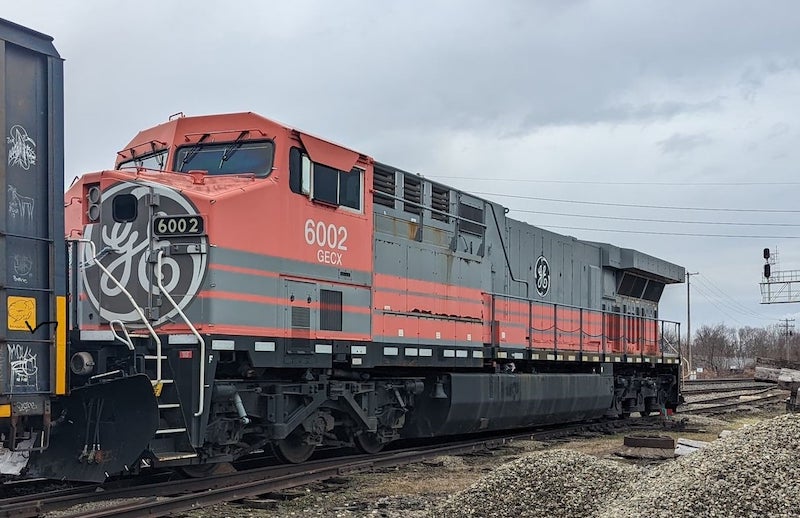 NORTH EAST, Pa. — A General Electric AC6000 — one of the most powerful single-engine diesel locomotives ever built — has been saved by the Lake Shore Railway Museum in Pennsylvania. Wabtec recently donated GECX 6002 to the museum and it arrived last week on March 17.

Museum officials said that the AC6000 is notable for a number of reasons: For starters, it is the first General Electric AC traction locomotive preserved anywhere and it is among the only ones still in close-to original condition. Union Pacific and CSX Transportation both purchased the AC6000 type locomotive but many of the 208 built have been dramatically altered over the years.

Locomotive 6002 was built for UP in 1998 but was later returned to Erie GE to become a member of the engineering test fleet. Shortly after it was painted in a GE’s red and gray paint scheme. The engine was later retired because it no longer reflected the technology used by Wabtec’s locomotives (Wabtec acquired GE in 2019).

“The donation of this modern AC traction locomotive marks a unique milestone in North American locomotive preservation, and we’re happy that this AC6000 will represent another chapter in Wabtec/GE locomotive product history as part of the Lake Shore Railway Museum collection,” said Steve Gerbracht, Wabtec’s Director, Locomotive Architecture and Concept Development. “The AC6000 was a locomotive design that enabled technological advancement in engine, cooling and control, leading to many of the design features inherent in today’s Wabtec heavy haul locomotives.”

The Lake Shore Railway Museum has preserved a number of GE locomotives that were built nearby in Erie, Pa.