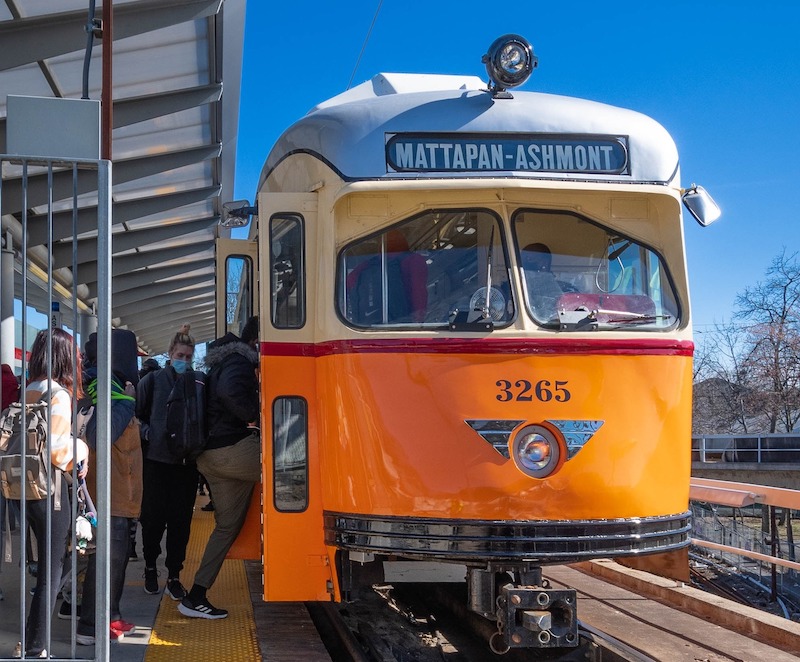 BOSTON — The first of eight rebuilt PCC streetcars returned to service on Massachusetts Bay Transportation Authority’s Mattapan Line this week — about three years behind schedule. MBTA is spending about $8 million to upgrade the vintage streetcars on the 2.6-mile line between Mattapan and Ashmont so that they can last at least another decade. The first one was supposed to be done in 2019, but it didn’t leave the shop until this month.

On Monday, PCC 3265 made a quick run on the line before going back to the shop so crews can continue to get familiar with it. The cars feature a new propulsion system as well as LED lighting. While the car is different under the hood, the exterior still looks much like it did when it was first built in the 1940s. MBTA officials tell NBC Boston that the next rebuilt car will enter service this summer.

The Mattapan Line is one of the last traditional streetcar lines in the country using PCCs and it’s also the only line to have never stopped using the iconic cars.