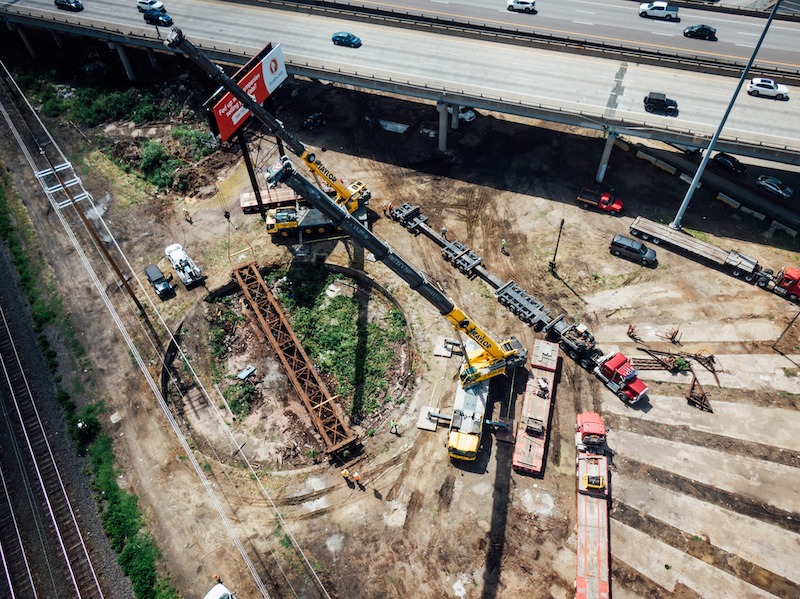 The former Wabash Railroad turntable will now be moved about 1,000 miles south to Florida where it will be used by U.S. Sugar. Photo Courtesy of FMW Solutions.

St. LOUIS — A former Wabash Railroad turntable is bound for Florida where it will be used by U.S. Sugar for its quickly developing steam-powered tourist railroad. Last week, FMW Solutions announced that it had helped save the turntable by connecting St. Louis MetroLink with U.S. Sugar.

MetroLink, the light rail system serving the St. Louis area, had been looking for a new home for the turntable for more than 25 years and its fate was uncertain as the agency began clearing the area it was in for development. Work began removing the 90-foot long, 124-ton turntable earlier this year and it will soon be transported to Clewiston, Fla., where it will be used by the “Sugar Express.” U.S. Sugar restored the former Florida East Coast 4-6-2 148 last year and recently acquired a second steam locomotive, Atlantic Coast Line 1504.

“We inherited the turntable along with other infrastructure in the 1980s when we were just beginning construction of the MetroLink light rail system,” said Je Braun, Director of Real Estate at Metro Transit in St. Louis. “We are very excited to partner with FMW so that this piece of St. Louis’ rail history can be preserved and put into service for years to come.”

According to a press release, FMW and MetroLink were able to remove and salvage structural components and wood and engineer the turntable’s disassembly, lifting, and removal. Crews even managed to save two newborn kittens that were living in the turntable pit. Nicknamed “Link” and “Wabash,” the kittens were turned over for adoption at the local humane society.

“The installation of this turntable will be an important step toward our future goal of offering public excursions on the Sugar Express, where passengers will be able to see South Florida farming operations first hand aboard a historic steam locomotive-driven railroad,” said Scott Ogles, General Manager of the Sugar Express. “We appreciate the staff at FMW Solutions for helping to relocate the turntable as we make plans for its installation near Clewiston.”