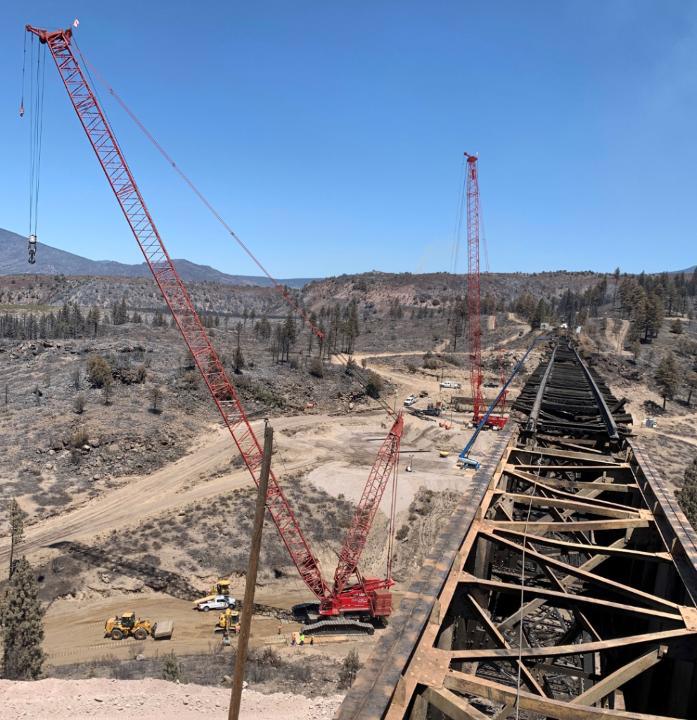 The fire reached the bridge early on the morning of June 29, and although UP had dispatched a fire train to the scene, they couldn’t get close enough to save it. “We could see the bridge was on fire – smoke was all around it and there were small spot fires all over. At that point, we couldn’t get close enough with the water tanks because the track was compromised,” said Jamie Hill, director of bridge maintenance and engineering.

Despite losing the bridge to flames, crews were able to save more than 20 miles of track thanks to the fire train, which can spray water upwards of 75 feet on either side of the right-of-way. With the fire under control in the area of the bridge, crews have moved in to start rebuilding. Due to the remote location and fire, crews had to build a road to the bridge and construct pads for the cranes needed to rebuild it. While working on the bridge, UP is detouring trains over Donner Pass. Amtrak briefly suspended Coast Starlight service through the area before deciding to start busing passengers between Klamath Falls and Sacramento.