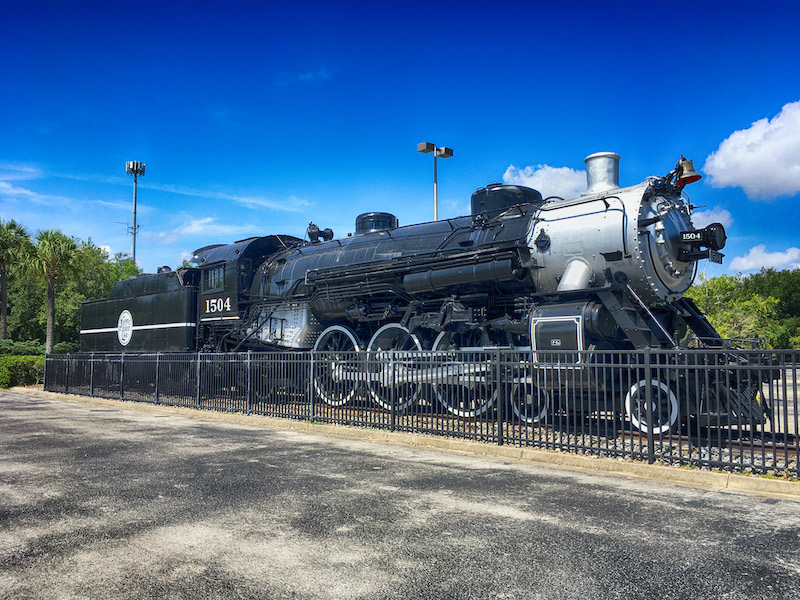 JACKSONVILLE, Fla. — The City of Jacksonville, Fla., has agreed to sell an Atlantic Coast Line 4-6-2 that has been on display there for decades to U.S. Sugar, which plans to restore it and run it alongside its recently restored Florida East Coast 4-6-2.

Last week, the Jacksonville City Council voted 16 to 2 to transfer the ACL 1405 to the North Florida Chapter of the National Railway Historical Society, which will sell it to U.S. Sugar. The money raised by the sale will go toward an educational scholarship for local students who want to attend the NRHS’ RailCamp.

The NRHS chapter has led the effort to maintain the locomotive over the years and said that the best outcome for the classic 4-6-2 is to get it to U.S. Sugar where it can run again. Last year, U.S. Sugar completed the restoration of ex-Florida East Coast 148 and plans to use it for excursion service under the title “Sugar Express.”

“Our members have been stewards of ACL 1504 for many years, working to keep it painted and doing what we can to prevent further deterioration while exposed to the elements,” said NFC-NRHS President John Holmgren. “We acknowledge that the best way to preserve this locomotive is to have it returned to operational condition and kept undercover, and we are excited that this opportunity with Sugar Express will do both.”

According to the Jacksonville Daily Record, most city council members were in support of the plan, but two voted against it. One of those members said they wanted more time for local citizens to have their say.

ACL 1504 is unique in that it is the only surviving USRA light Pacific-type steam locomotive.

U.S. Sugar’s South Central Florida Express operates on more than 200 miles of track in central Florida, much of which is still used to haul cut sugar cane from field to factory, the last such operation in the country. U.S. Sugar plans on using the locomotive to run short excursions, including on a stretch of track that once belonged to ACL.

“Our CEO Bob Buker is a history buff and has long had an interest in bringing visitors to our rural farming community to experience historical steam locomotives in action as a way of learning about both our company’s history and our current agricultural operations’ part in helping feed American families,” U.S. Sugar spokesperson Judy Sanchez told the Jacksonville Daily Record earlier this month. “Restoring 1504 will allow us to further these public education efforts centering around our own 148, as part of The Sugar Express, which will provide both excursion trips and occasionally assist in harvest operations.”