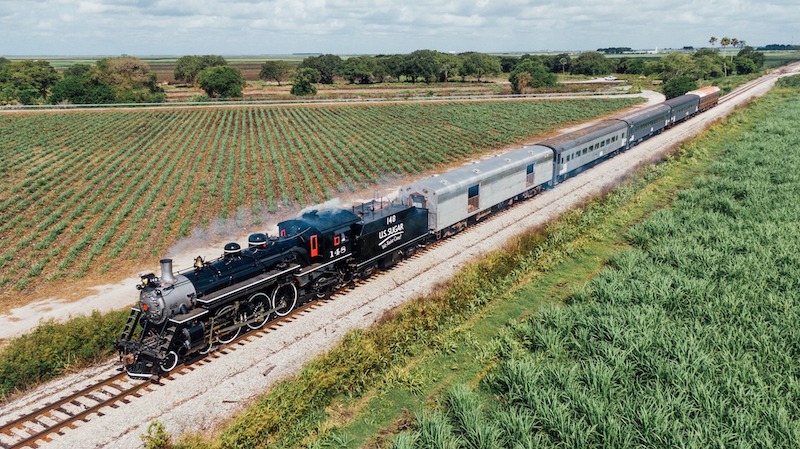 CLEWISTON, Fla. — Three former Great Northern Railway passenger cars that were left abandoned in Mississippi have found a new home and a bright future in Florida on U.S. Sugar’s growing tourist operation. This week, Sugar Express announced it had purchased three passenger cars from the United Railroad Historical Society of New Jersey for use on a future tourist train.

The cars, two built for the GN and one built for the Union Pacific (although later sold to GN), were part of the URHS collection and were leased to the embattled Iowa Pacific, which abandoned them in Mississippi with a number of other pieces of equipment. URHS was forced to sell some of the equipment in order to repair and move other pieces.

“We are excited about acquiring these high capacity coaches for use with our new operation, and they will be an excellent addition to our heritage fleet,” explained Sugar Express Operations Manager Scott Ogle. “Our mechanical team has begun overhauling the cars to upgrade air conditioning and repair mechanical systems to meet the needs of our unique operating climate.”

The cars will be restored and eventually hauled by Florida East Coast 4-6-2 148, which was restored to steam last year, and Atlantic Coast Line 4-6-2 1504, which will be restored in the coming years.

In arranging for the shipment of these three coaches, Sugar Express also established a new railroad reporting mark. These cars are now listed under the mark “CHOX” – a nod to the molecular formula of sucrose – or sugar – which is C12H22O11.

For more information on Sugar Express, click here for updates or visit facebook.com/sugarexpressfl.