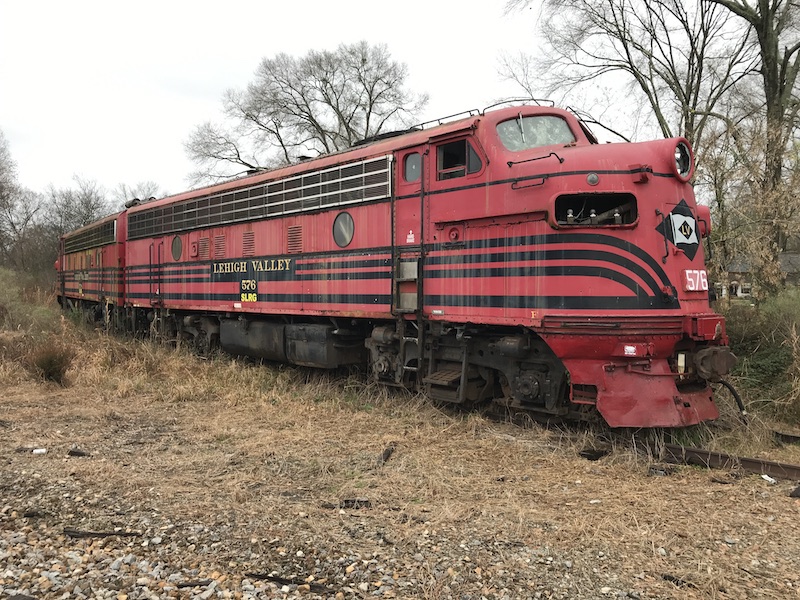 Two F-units that the United Railroad Historical Society leased to Iowa Pacific were abandoned in Mississippi. Photo Courtesy of URHS.

BOONTON, NJ — Officials with the United Railroad Historical Society of New Jersey say a deal with the embattled Iowa Pacific Holdings left historic pieces of equipment scattered across the country in various states of disrepair.

Last month, the trustee in charge of Heritage Rail Leasing, LLC — a subsidiary of the once sprawling Iowa Pacific enterprise — put more than 100 pieces of historic equipment up for sale to try and cover more than $25 million in debt. However, court documents suggest that the bankrupt company owes creditors far more than that. Among the more than 100 entities with claims against the company is URHS, a non-profit dedicated to preserving New Jersey’s rail history, based in Boonton.

Court documents state that the non-profit is owed $14,156. But officials with the URHS  said Iowa Pacific and Heritage Leasing actually owes them more than $635,000. Now, URHS is having to spend tens of thousands of dollars to repair equipment that was abandoned and bring it home, while also trying to sell other pieces, including a pair of F7 locomotives.

“What began as a good-faith agreement between cooperating parties devolved into a worst-case scenario for URHS,” the group’s board wrote. 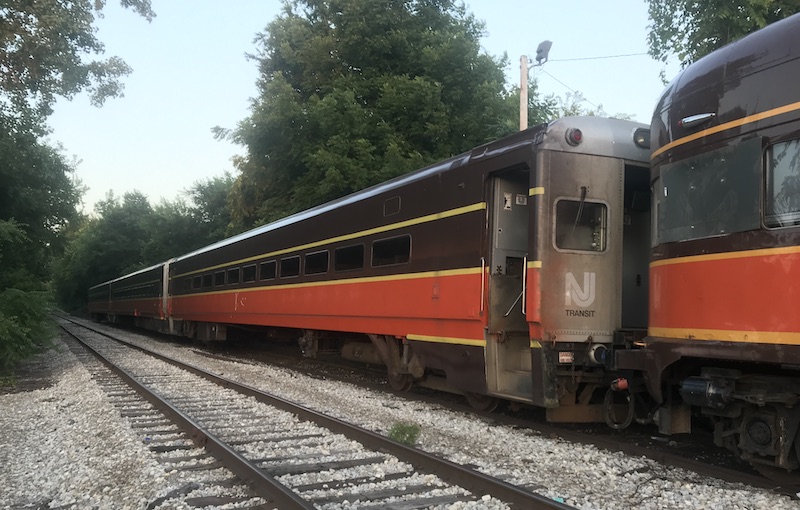 According to URHS, the group entered into an agreement with Heritage Rail Leasing in 2015 to lease 11 pieces of equipment for possible use on various Iowa Pacific operations around the country. The agreement called for Heritage Rail to pay an annual lease payment and to return the equipment — some of which had been stored out-of-service — in operating condition. The annual payments for each piece of equipment were between $1,500 (for some of the passenger cars) and $6,000 (for the locomotives). Heritage Rail would eventually take possession of nine pieces of equipment, including the two locomotives, F7s 576 and 578.

While the company paid the lease in 2015, it was unable to pay in 2016, 2017 and 2018, according to court documents. By 2019, all nine pieces of equipment used by Iowa Pacific were “either mothballed or abandoned.” Three former-Great Northern coaches were left in Mississippi. A former Pennsylvania Railroad coach was abandoned in Texas. Three Erie Lackawanna “Comet I” coaches were in Indiana after Iowa Pacific subleased the cars, which was in violation of the lease agreement. Iowa Pacific had originally promised to restore the cars and remove graffiti but instead covered it with blank white vinyl. Later on, when the cars were tagged again, Iowa Pacific simply painted over the vinyl, damaging the cars’ original brushed aluminum finish.

The two F-units were supposed to be returned in operating condition but were instead left on a siding in Mississippi where they have been heavily vandalized. According to URHS, the windshields have been smashed, the horns and number boards stolen and gauges ripped out of the cab.

URHS said it has spent thousands of dollars to “triage” the equipment in preparation for movement. In order to bring some of the equipment home, URHS was forced to sell the three ex-GN cars. The proceeds from that sale will go toward moving the ex-EL “Comet I” cars and the ex-PRR coach. The group is also actively seeking a new home for the F7 locomotives. 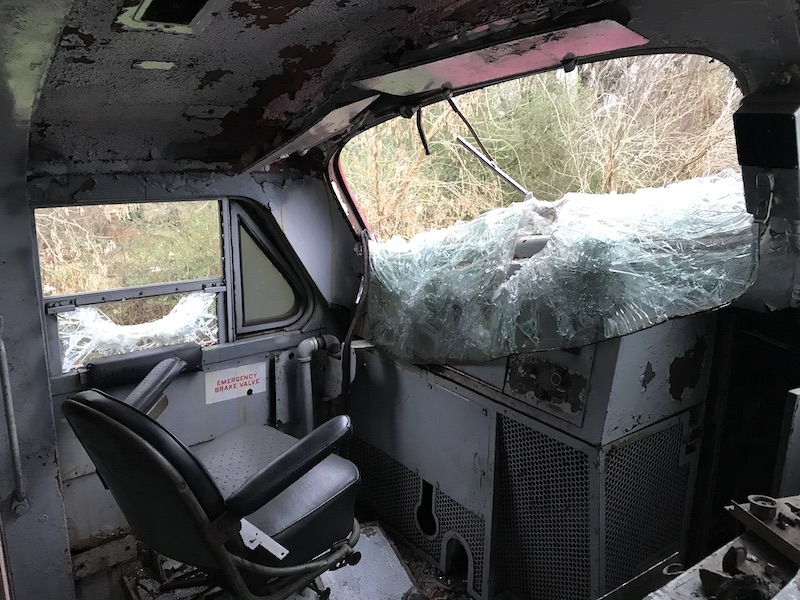 The inside of URHS’ F7 locomotive after it was abandoned in Mississippi. Photo Courtesy of URHS.

In a statement to Railfan & Railroad, URHS officials were blunt about how they felt about their dealings with Iowa Pacific.

“Iowa Pacific has done irreparable harm to this organization. Not just due to the abandonment of our equipment, but in the funding and volunteer hours that have been spent that we will never get back,” URHS officials wrote. “While it is not likely URHS will ever be made whole, we hope this incident can at least serve as a cautionary tale for other nonprofits. Our organization has learned that there truly are no safer hands than our own.”

Heritage Rail Leasing is one of a number of Iowa Pacific companies that have declared bankruptcy in the last two years, including San Luis & Rio Grande Railroad, Saratoga & North Creek Railway, and Permian Basin Railways, Inc. Iowa Pacific itself filed for Chapter 7 bankruptcy in U.S. Bankruptcy Court in Northern Illinois on March 22.

Tom Connolly, the court-appointed trustee in the Heritage Rail Leasing case, said the case has been complicated by the fact equipment was strewn across the country and complete ownership records are hard to come by. He said any equipment sales must be approved by a judge but that he is hopeful that some of the Heritage Rail-owned equipment will be sold in the coming weeks and that he has had a number of offers, sometimes above the asking price.

Connolly said it was common for creditors to dispute the amount they were owed and that he would review every claim made against the company. He said his top priority was making sure the creditors were paid, although he noted it was unlikely that everyone would walk away with what they believed they were owed.

“I’m trying to do the best I can for the creditors,” he told Railfan & Railroad on Thursday. “But it’s unlikely that most of the creditors will receive full payment. If there was enough money to pay them, the company wouldn’t be bankrupt.”