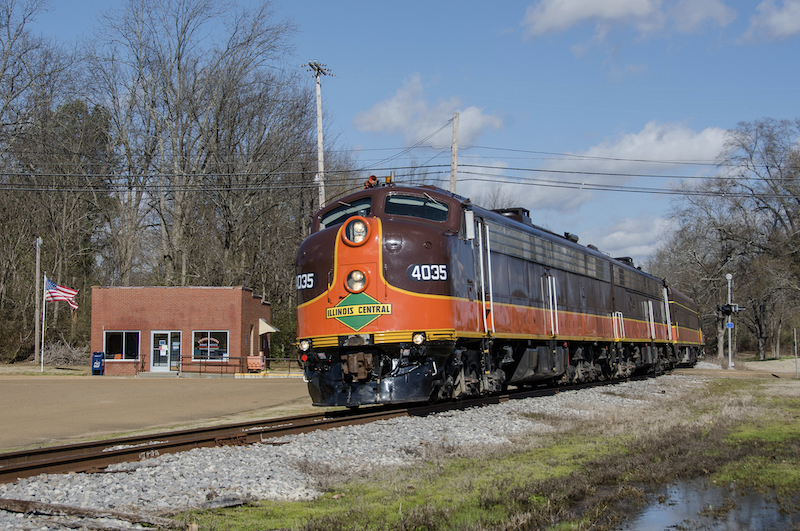 DENVER — One of the largest collections of passenger rail equipment in the country is on the sale block. This week, the trustee in charge of Heritage Rail Leasing, LLC — a subsidiary of the sprawling Iowa Pacific Holdings enterprise founded in 2001 by former Amtrak executive Ed Ellis — announced that it was selling more than 100 pieces of historic equipment, including dozens of passenger cars and more than 20 locomotives.

Iowa Pacific Holdings’ two principal subsidiaries, Heritage Rail Leasing and San Luis & Rio Grande Railroad, were forced into involuntary Chapter 11 bankruptcy and a trustee, Tom Connolly, was put in place by a U.S. Bankruptcy Court in Denver late last year. Ellis’ railroad empire once included numerous freight and tourist railroads across North America and even the United Kingdom, but it was derailed by financial troubles. Its challenges spilled into public view in 2019 when nearly two dozen entities associated with Iowa Pacific were placed in receivership.

The equipment that once powered the Iowa Pacific empire is now scattered across the country and up for sale. A list of equipment for sale that was provided to Railfan & Railroad includes seven E8A locomotives, eight E9As and one E9B. There are also five F40PH locomotives, one FP10A and one F9B. Prices on the locomotives range from $20,000 to $90,000.

More than 100 passenger cars are up for sale from lowly baggage cars to restored business cars. Prices for the passenger equipment ranges from $10,000 to $1.1 million. Notable items on the list include the “Summit View,” a full-length dome car built for Santa Fe, and “Caritas,” a private business car presently in Milwaukee.

“The railroad equipment now sits on various sidings, spurs tracks, and in railroad yards located around the United States,” states a press release. “The mechanical status and exterior and interior conditions of the railcars and locomotives vary widely.”

The Trustee is currently taking offers for the equipment, however, each sale is subject to approval by the Bankruptcy Court. Items not sold in the coming months could be sold at a live auction at a future date. The trustee, Tom Connolly, can be reached by email. Links to the lists of locomotives and passenger cars can be found by follow the links in this article.