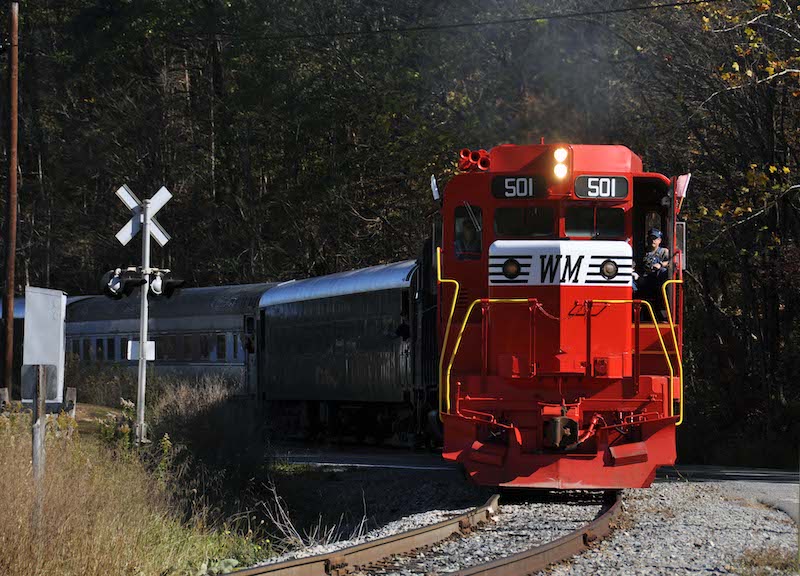 CUMBERLAND, Md. – Western Maryland Scenic Railroad has announced it will resume excursion service on Saturday, May 29, starting with diesel runs and steam by mid summer.

“As we progress through the 2021 season we will be reopening the railroad in stages to allow us to hire more staff and ease back into the routine of running one of the region’s premier tourist attractions,” the railroad said.

The first stage will be the late May “soft re-opening” with a four and a half hour outing that includes a 90-minute layover in Frostburg. The second stage will be a grand re-opening with Chesapeake & Ohio 2-6-6-2 1309 around the middle of summer.

Locomotive 1309 came to the Western Maryland Scenic in 2014 from the Baltimore & Ohio Railroad Museum. It was successfully fired and moved under its own power over the winter, following years of setbacks and delays.

“We will not be advertising dates for specific runs of the locomotive until it has been inspected and certified by the Federal Railroad Administration and we are satisfied that it is 100 percent ready for service,” the railroad said. “Once ready we will substitute 1309 on our excursion in place of the diesels.”

This fall, the railroad expects to resume operation of its dinner and special event trains, including some with 1309. It also hopes to restart its holiday trains late in the year.

A plan is also in place for much-needed track work. “We are currently working with county officials to bring the right-of-way in line with Class 2 standards, which allows passenger train speeds of up to 30 mph,” the railroad said. “Our daily schedule of operations is based upon the ability to operate at this speed.”

Western Maryland Scenic last ran in March 2020, shutting down tourist service in the wake of the global pandemic. A full schedule will be posted on April 16.