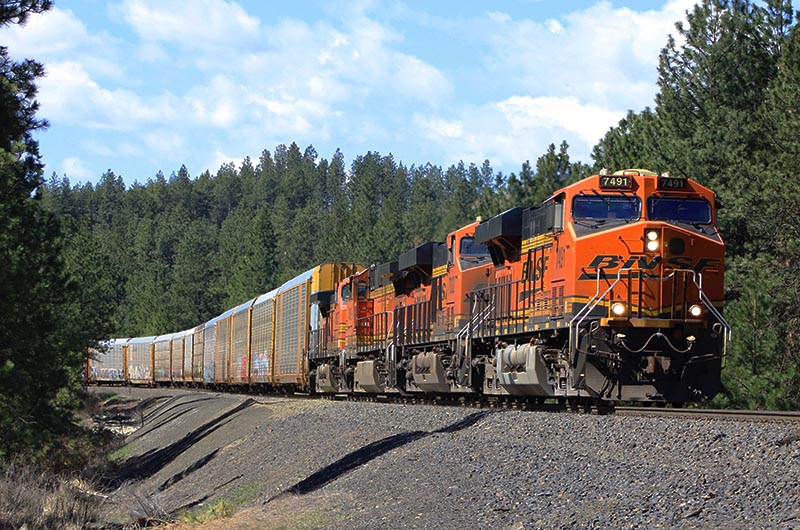 A BNSF Railway train rolls near Marshall Canyon in Washington on May 2, 2021. —Steve Jessup photo 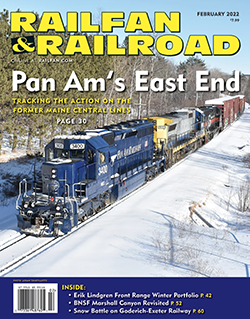 Most railfans know the Pacific Northwest as a green, woodsy land, defined by — in no particular order— moss outcroppings, Sasquatch, and occasionally erupting volcanoes. This stereotype is widely held by those who live elsewhere and know the region only through old episodes of Twin Peaks or The X Files. With most of the region’s major cities in the wet, western portions of Oregon and Washington, this view is shared by most who actually live here as well. What is remarkable, though, is that this conception is somewhat wrong. Sure, there are plenty of evergreen-studded mountains in the states north of California and west of the Rockies, but there are also hundreds of thousands of square miles of fertile, rolling grain.

The center of this landscape is the Columbia Basin, a place between the Cascade Range and the Rockies that is drained by the Columbia River. In the 19th and early 20th centuries it carried a different name — the Inland Empire — and it was the prime battleground of major transcontinental railroads seeking to link the Northwest to the national rail network. With a closer look at the physical geography it is easy to understand why. To the east — several mountain passes, each a potential route for a railroad from the Great Plains. To the west — deep water ports on the Pacific, and the potential Asian trade they might tap into.

From the 1860s to about World War I, the Inland Empire was a hotbed of railway construction. There were generally three types of lines built. The first were the overt transcontinental main lines, such as Northern Pacific’s 1870s entry from the east over Montana’s Mullan Pass, or the future Union Pacific route via Southern Idaho and Oregon’s Blue Mountains. To these, we can add Great Northern (in the 1890s) and The Milwaukee Road (in the 1900s), both via Montana. The second type of lines through the region was aspirational transcontinentals, railways that were founded with the goal of extending westward, or eastward, or both, until they turned whatever hamlet they originated from into the next Chicago or San Francisco. Many of these were, in fact, stalking horses of larger companies, sometimes to be incorporated into their own main lines, sometimes to be added as feeders. The third type was the branch line, be it a humble spur to a small market town, or the greatest branch of all — Spokane, Portland & Seattle — whose 450-mile thrust linked the first two of its namesake cities.

The result is that the railway map of the Inland Empire, at its peak during the early 20th century, looked oddly midwestern, a complicated web of rail lines that crossed and recrossed each other over and over again. Yet the maps alone leave a false impression of their own, as if the whole Columbia Basin were a flat expanse of farmland with no real barriers to construction. The reality is far different, for though there are no high mountains in the basin, and much of the soils are fertile and tilled, there are also vast swaths of so-called scablands scoured away by glaciers, as well as deep canyons carved by the tremendous power of the Columbia and its tributaries. These create frequent pinch points where competing railways were forced together. Marshall Canyon is one example of such geography, but there are others such as the Yakima Valley, or (more famously) the Columbia River Gorge at the basin’s western edge. Here is a rhythm of compression and release in a landscape of grain, under a tremendous sky — evidence that the northwest is as much a place of amber as it is of green.

This article appeared in the February 2022 issue of Railfan & Railroad. Subscribe Today!