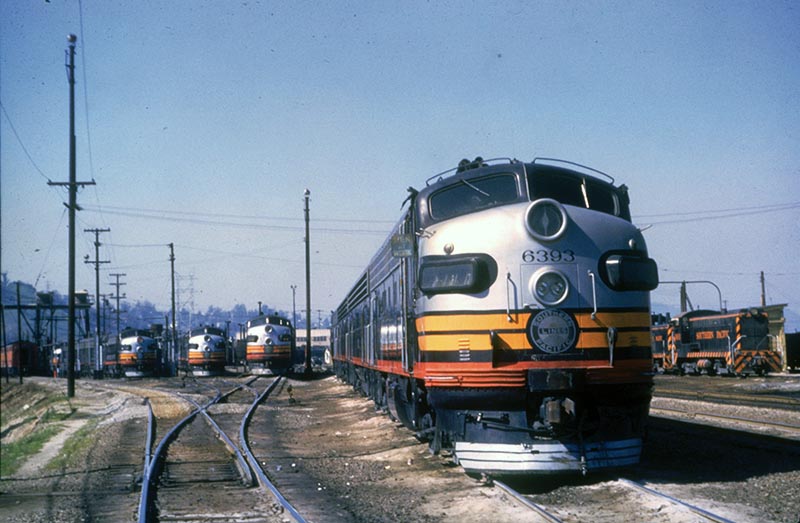 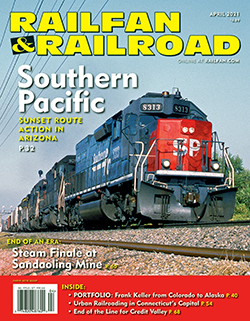 The appeal of Southern Pacific is still as strong today as when the company disappeared 25 years ago. This may at first seem a contradiction. How can a company as monopolistic, heavy-handed, and miserly as SP also be charming and beloved?

Let me explain by starting with some of the bad. Throughout the 19th century, SP was the classic railroad villain. It paid off or intimidated politicians. It built lines and employed lawyers to frustrate rivals. It compulsively purchased small-fry competitors and integrated them into a vast, if sometimes disorderly, web of iron across the West.

When Frank Norris wrote his “novel of California” in 1901, a thinly veiled SP was the primary antagonist. He named the novel The Octopus, after a popular SP metaphor given by newspaper editors and political cartoonists. The company’s political and financial grasp seemed to stretch like tentacles everywhere simultaneously, and the Sunset Route from Los Angeles to New Orleans is one of those arms. Completed in the 1880s, its purpose was aggressive — to cut out the company’s interchange partners on the Overland Route and keep more of the revenue. It was the Sunset Route that caused the empire to change its name; as “Central Pacific” faded, “Southern Pacific” ascended.

A later but quite different example of SP’s monopolistic power was its passenger service, from the streamlined City of San Francisco, to the colorful Coast Daylight, to the elegant Lark. By mid-century, SP faced competition from automobiles and airliners it could neither buy off nor shut down. Rather than compete, SP President Donald J. Russell took a different tack — eliminate passenger trains. The way to do it? Cheat.

Many other examples abound, from the company’s crony-laden manner of distributing and selling its land grants to settlers, to slow freight routing that gave more revenue to the company at the expense of timely deliveries. For many reasons over its 131 years of existence, many had just cause to shake a fist at SP.

It might seem, then, that SP would be hard to love, and yet the company had a parallel persona as the “Friendly.” Sure, the slogan was probably an advertising gimmick dreamed up by the marketing department, but it also struck a chord with the public. Part of it was that, in much of the West, SP was everywhere. It was the big main line road that took you on your annual vacation or monthly business trip, but it was also the slow branch line back in your hometown. The austerities of Russell and his successors, meanwhile, gave birth to a romantic nostalgia. To be an employee of the SP, to ride its trains, or to admire it as an enthusiast was to savor and mourn the tattered grandeur of an empire lost. In a way, the very things that made SP “bad” were also the things that made it beloved. When the company disappeared in a 1996 merger with Union Pacific, the conversion was complete. SP was forever both the romantic villain and the long-lost hero.

This article appeared in the April 2021 issue of Railfan & Railroad. Subscribe today!