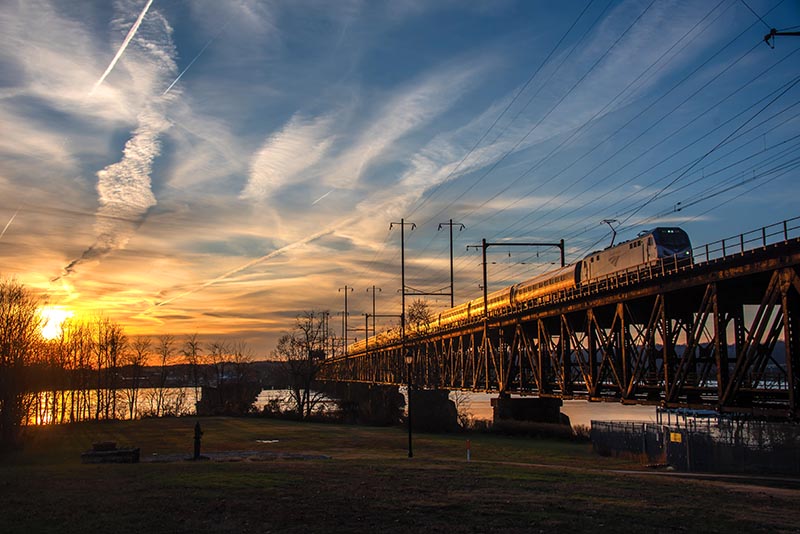 On May 1, 2021, Amtrak turns 50. Many are beginning to realize that everything has changed. Turning 50 is more than an occasion for a moment of publicity. It is more than a piece of numerical trivia. Rather, it is evidence that we have, for too long, misunderstood Amtrak and its role in American society, and that this misconception is now melting away.

To understand, we must go back to the late 1960s, when the need for government intervention to save our nation’s passenger trains was first discussed. Since the diversion of government mail contracts in 1967, American railways were largely hemorrhaging cash operating passenger trains that fewer people rode and, thanks to complex federal regulation, were hindered from discontinuing. Nationalization was the answer. Congressional action led President Richard Nixon to sign legislation in October 1970 forming the National Railroad Passenger Corporation. Later branded as Amtrak, it took over passenger operations and allowed the private-sector railways to concentrate entirely on profitable freight operations.

Some viewed it as a bailout, others as an orderly shutdown of the remaining services. Either way, almost nobody expected it to last. For the private railroads, this was an opportunity to eliminate the passenger burden. If Amtrak went away in a year, or three, or 10, it didn’t matter to them, and, in fact, it might be preferable. For Congress and the Nixon administration, Amtrak was a way to “kick the can down the road.” After 1971, if passenger trains died, it would be Amtrak’s fault, not the blame of any particular president or an inactive Congress. Only some policy planners, die-hard passengers, and a handful of enthusiastic railfans had any hopes the new carrier would last.

The surprising thing was this — the railfans were right. Challenge after challenge was placed before Amtrak. It was handed outdated equipment and facilities and asked to run the country’s first national-scale railroad … and it did. Despite being choked of necessary Congressional funding year after year, Amtrak continued to live. It cut back its lines significantly to appease critics — which did little to improve the system — and yet it did not die. Ridership has, in fact, more often climbed than declined, and in 2019 (the last full year before the pandemic), ridership hit a record of 32.5 million. If it were an airline, Amtrak would be the fifth-largest domestic carrier, about the size of JetBlue.

The “temporary fix” has survived, thrived, and at 50 years old one thing is patently obvious — it’s permanent. The railroad, in turn, is no longer interested in mere survival; it is interested in growth. Currently, Amtrak is planning 20 years’ worth of investments in new routes and additional service densities throughout the system, including on long-distance routes. In January, Bill Flynn, Amtrak’s CEO, sent a letter to Congress asking for the establishment of an Intercity Passenger Rail Trust Fund, akin to what the highway system has, as “a predictable and long-term source of federal funding” that would insulate it from the turbulent politics of Capitol Hill. The most refreshing change was last November when Amtrak board chairman Tony Coscia put to bed the fiction that Amtrak is a private, for-profit company. “Profitability is not Amtrak’s mission,” he told one industry publication. Rather, Amtrak’s mission is service, to “provide efficient and effective intercity passenger rail mobility.”

Amtrak is far from perfect. Many grumble, rightly, about its food, its timeliness, and uneven service levels across the board. Yet, as we look back on its 50 years, all of us are beginning to understand that it isn’t 1971 anymore, and Amtrak, along with all of us, has a future as well as a past.

This article appeared in the May 2021 issue of Railfan & Railroad. Subscribe today!