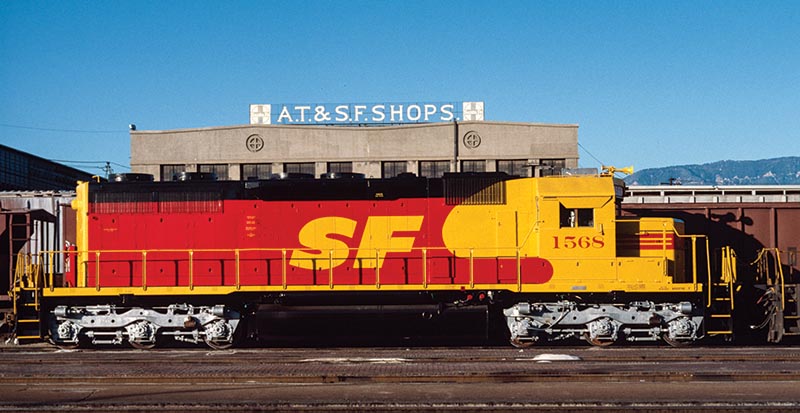 Looking back at the proposed 1983 merger between Southern Pacific and Santa Fe, executives had no idea that the Interstate Commerce Commission (predecessor to the U.S. Surface Transportation Board) would respond with a big, fat “no” to their application. Given more recent drama over a possible merger of Kansas City Southern with either Canadian Pacific or Canadian National, one thing remains clear — almost four decades after SPSF, we’re still not good at predicting the future.

Naturally, I took this as a challenge. What might we see in the next 50 or so years? I talked with the greatest minds in railroading, and then came up with some predictions of my own.

2022: Having lost its bid for KCS, a desperate Canadian Pacific merges with Genesee & Wyoming. It clears the regulatory hurdles at the Surface Transportation Board when lawyers argue that the entire CP system will be converted into nine separately managed regional railroads, so it’s “not really a Class I.”

2023: Amtrak reintroduces hot meals on its trains. Flavors include “Chicken, Egg Noodles, and Vegetables, in Sauce” and “Vegetable Crumbles with Pasta in Taco-Style Sauce.” For extra convenience, meals are pre-packed in weatherproof bags, and are easily made hot thanks to the included heater element. Cost savings abound since Amtrak and the U.S. Army both use the same supplier for Meals Ready to Eat™.

2024: BNSF declares its entire locomotive fleet will consist of heritage units. Every locomotive will wear a one-off, historically inspired paint scheme. While this may cause some marketing confusion, it also cuts down on legal bills, as any time there is an accident, nobody knows what railroad to sue.

2026: In a bid to lower operating costs, Norfolk Southern institutes one-horse crews on all trains.

2029: CSX celebrates the 200th anniversary of the founding of Baltimore & Ohio Railroad by painting all its locomotives dark blue with yellow lettering.

2038: Someone in Silicon Valley invents a new form of transportation that “bundles many passengers together into a single, large vehicle that can move very fast along a fixed guideway.”

2074: A special 100th anniversary holo-edition of Railfan & Railroad is released, with snappy commentary from an AI-generated Jim Boyd.

This article appeared in the July 2021 issue of Railfan & Railroad. Subscribe Today!