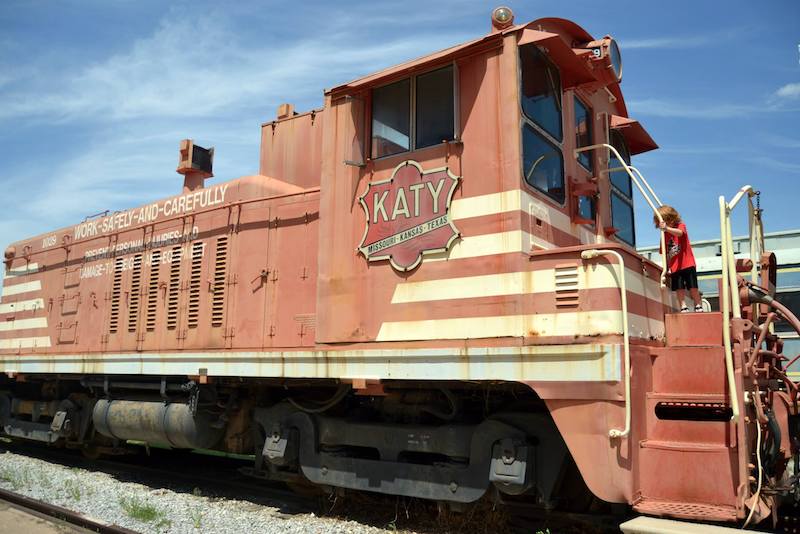 The Wichita Falls Railroad Museum folded in 2020. Now the town is figuring out what to do with what remains.

WICHITA FALLS, Tex. — Over 30 years from 1990 to 2020, the volunteers of the Wichita Falls Railroad Museum assembled an interesting collection of rolling stock to go with their Fort Worth & Denver 2-8-0 and Katy EMD NW2M, but the city government there is now considering a recommendation to dump most of the collection and downsize to a small, static display.

In a situation that brings the ill-fated Indiana Transportation Museum to mind, over the years the group that operated the museum suffered from infighting, age, lack of funding and a lack of new members, to the point where just three board members remained. The museum closed due to pandemic-related restrictions in 2020. Late that year, the board informed the city that the organization would be dissolving and would not renew its lease to the city-owned building and tracks at Depot Square.

Its final Facebook post told the sad tale: “As of this morning the City of Wichita Falls now has The Wichita Falls Railroad Museum. Our lease was up and we didn’t renew it. With only three active board members you can’t do much. So they are going to try to find someone to take it over. We have enjoyed the years we have been associated with the museum. Hope everyone will understand. Please take care and be safe.”
A news report at the time said the group would be donating the contents of the museum building to another local institution, the Museum of North Texas History, and its rail assets to the city. The city commissioned that museum to do an inventory of railroad museum property and make recommendations on how best to proceed. Those recommendations were delivered at the August 16 Wichita Falls City Council meeting by Madeleine Calcote-Garcia, executive director of the Museum of North Texas History. She recommended that the city keep FW&D 304, a FW&D baggage-RPO car, an early Pullman steel heavyweight sleeper, one of the two WWII-era Pullman troop sleepers, one of two cabooses, a hand car and the shell of a local trolley car, Wichita Traction 5, and sell off the remainder of the railcars to help fund restoration of the retained items. That includes three former Burlington power cars rebuilt from coaches, another troop carrier, an FW&D baggage car, a caboose and the NW2M.

The city council took no immediate action on the recommendation, leaving the fate of the museum equipment an open question.