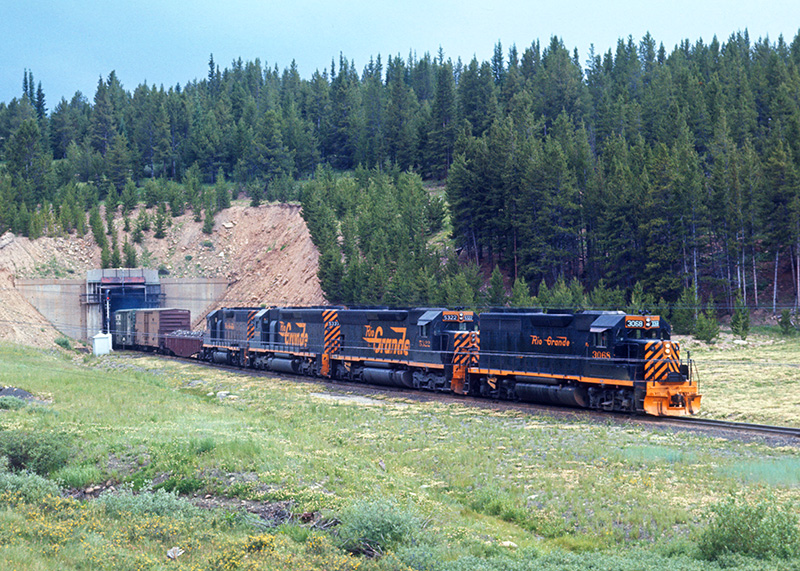 The Way It Was: A Rio Grande train is seen at the west portal of Tennessee Pass Tunnel in July 1969. Photo by Jim Boyd.

WASHINGTON — The U.S. Surface Transportation Board said it needs more time to consider the flurry of comments and filings it has received regarding the long-dormant Tennessee Pass line in Colorado. On Jan. 29, it posted a response on its website stating that the board would not be responding to the initial plan to lease the Union Pacific line to a Rio Grande Pacific subsidiary within the customary 30 days.

On Dec. 31, it was announced that Rio Grande Pacific subsidiary, Colorado Midland & Pacific Railway (CMP), wanted to lease a majority of the Tennessee Pass line would and file for common-carrier authority to operate it for both freight and passenger trains. Days later another company, Colorado Pacific, announced it would file an objection with the STB, alleging that UP had a monopoly on the Colorado rail system, a claim UP has since rejected. Colorado Pacific has wanted to buy the line and connect it to the former Missouri Pacific Towner Line in eastern Colorado.

Meanwhile, environmental groups and residents who live along the dormant rail line have also filed objections, stating that the resumption of train service could negatively impact recreational tourism in the area. On Jan. 27, the Coalition Against the Tennessee Pass Rail Line filed a comment stating it had gathered more than 1,000 signatures against the rail line’s revival.

“The Tennessee Pass rail line is notorious for its steep, dangerous grades and tight turns, which have led to multiple derailments in the past,” the group wrote. “We cannot risk future environmental damage to this prized area of Colorado by allowing trains to return to this line that provides no vital sources of economic revenue for our communities.”

The former Denver & Rio Grande Western route over the Continental Divide in central Colorado has sat dormant for nearly a quarter-century and has long been considered one of the most iconic pieces of mountain railroad in the American West.