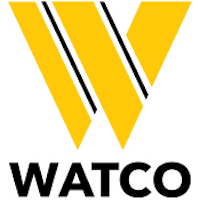 WASHINGTON — The U.S. Surface Transportation Board approved the sale of hundreds of miles of former Wisconsin Central in Ontario, Wisconsin and Michigan to Watco Companies.

Earlier this year, Watco announced it had agreed to purchase the former Algoma Central in Ontario and hundreds of miles of branch lines in the United States. Watco planned to incorporate the new trackage into their Grand Elk Railroad, Inc. and a new railroad called the Fox Valley & Lake Superior. Normally, such a transaction would not need STB approval but the government regulator put a halt to it after some shippers raised concerns about it. Many of those concerns have been addressed, according to railroad officials, but the freeze on the sale had remained in place until this week.

“The Board received numerous comments supporting the transactions and numerous comments opposing it,” the board wrote. “After careful consideration of all comments received, the Board finds that the issues raised do not demonstrate regulation is necessary to carry out the rail transportation policy and that it is appropriate to allow Watco to proceed with the exemption process.”

When the lines will be transferred to Watco control was unknown, but earlier this fall Watco stated it already had equipment and people in place for day one of operations.