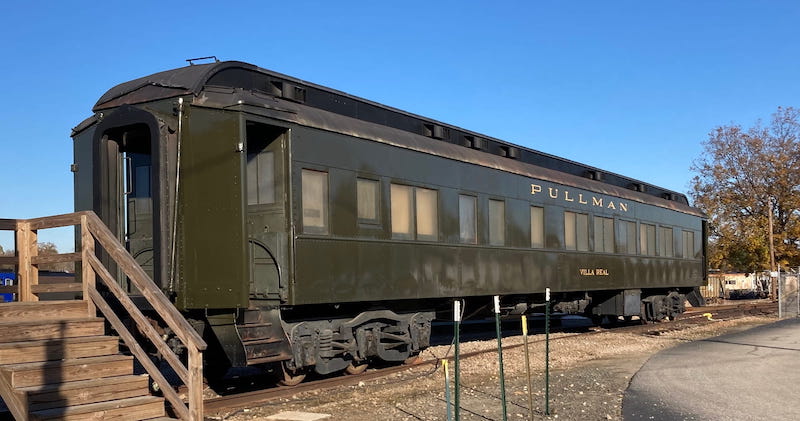 The Illinois Railway Museum is presently raising money to move the century-old Pullman from North Carolina to Illinois. Photo Courtesy of IRM.

UNION, Ill. — The Illinois Railway Museum is raising money so that it can move a classic 1911 Pullman passenger car that was recently donated to it. The museum accepted the donation earlier this year from Al Sauer, who spent 25 years completely restoring the car to its 1930s appearance. The car is presently in Raleigh, N.C. 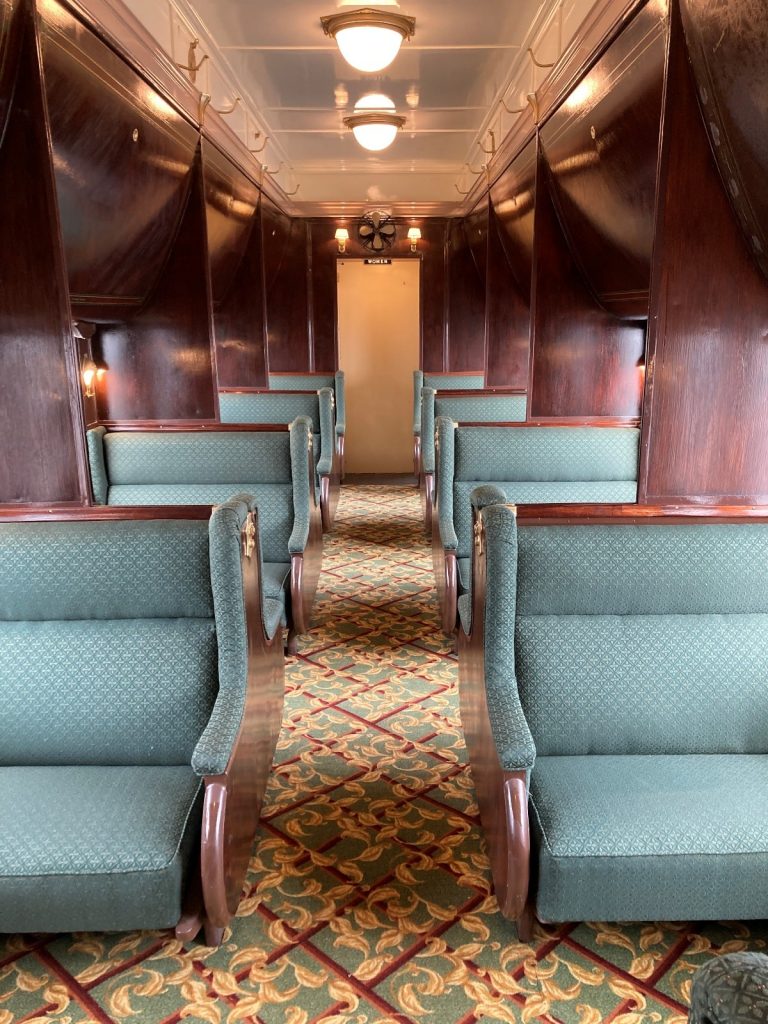 The inside of the restored 1911 Pullman. Photo Courtesy of IRM.

The car was built in 1911 as a 12-1-1 (12-section, 1-drawing room, 1-compartment) sleeping car named Lenover and was usually assigned to the Pennsylvania Railroad. In 1931, it was rebuilt again as a 10-3 (10-section, 3-double bedroom) sleeping car and renamed Villa Real. Pullman retired the car in 1950 and it was used by the U.S. Military for troop movements during the Korean War. In 1953, Villa Real was sold to the Wabash and then leased to National Railways of Mexico. In 1957, it was rebuilt by the Wabash into the Decatur, Illinois wreck train foreman’s car. It was later transferred to Norfolk & Western and finally Norfolk Southern, which sold the car to Sauer in 1995.

Sauer conducted a major restoration on the car that stretched on for a quarter-century, including extensive bodywork and reversing modifications that had been made by the Wabash in 1957. Many long-gone pieces of hardware were replaced through eBay purchases or, in some cases, 3D printing of replacement parts. Seating material, bunks, and flooring were all replaced as well.

The car will now join IRM’s extensive fleet of historic Pullman passenger cars. Click here for information on how to help get the car to its new home.