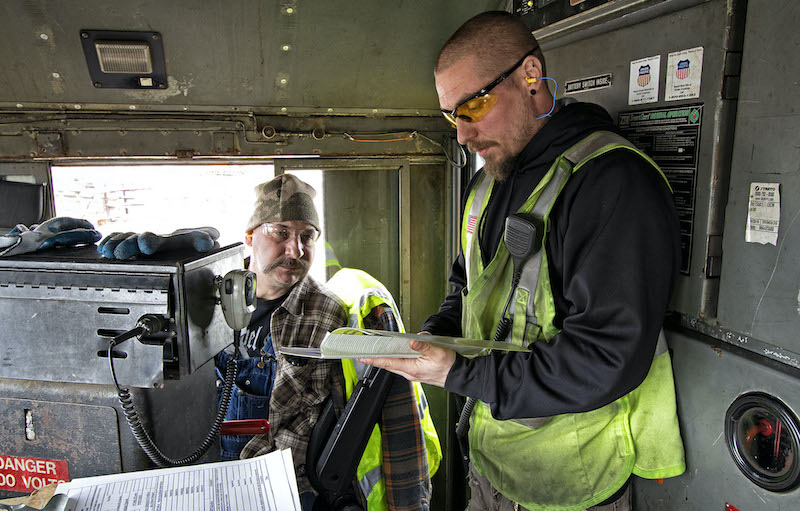 Representatives of five Class I railroads and labor were meeting again this week in hopes of avoiding a work stoppage. Photo by Justin Franz.

WASHINGTON — A nationwide railroad service interruption would cost the American economy $2 billion per day, according to a new report from the Association of American Railroads that was released on Thursday. The report comes as representatives of five Class I railroads and labor meet again this week in hopes of avoiding a strike that could happen as early as next week.

The chances of a strike appear to be growing and this week, Labor Secretary Marty Walsh joined the talks, Politico reported. The presence of a cabinet member appeared to show just how concerned the Biden administration is about a potential work stoppage.

Last week, the National Carriers Conference Committee, a coalition of five Class I railroads, announced it had forged tentative agreements with three labor unions representing communication employees, carmen and machinists. Those were the first agreements to emerge since a presidential emergency board issued its recommendations to resolve years-long contract negotiations between the railroads and labor. However, contracts have yet to be agreed to with some of the largest unions, including the Brotherhood of Locomotive Engineers & Trainmen and SMART Transportation Division.

Even if a work stoppage occurred for one day, it would have a big impact on the economy, AAR said in a press release. The group, which serves as the rail industry’s lobbying arm in Washington D.C., estimated that more than 7,000 trains could be idled, which would trigger retail product shortages and manufacturing shutdowns. The group called on Congress to make sure that no strike occurred.