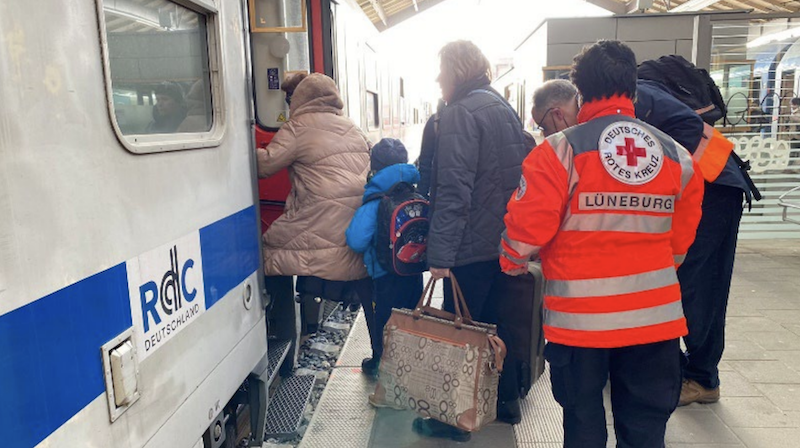 HANOVER, Germany — Railroad Development Corporation, the Pittsburgh-based company that owns the Iowa Interstate Railroad and other operations around the world, has stepped up to help refugees trying to escape the war in Ukraine.

More than 2.8 million people have fled Ukraine in the last two weeks since Russia invaded the country. Many of those refugees have headed west to Poland and Germany. On March 10, RDC’s German subsidiary, RDC Deutschland GmbH, started running a daily train from Frankfurt/Oder on the Polish border to Hanover for people fleeing the violence. The train is running about 11 cars long per day and can hold up to 660 people. The trains appear to have been full each day.

“Our team is grateful to be able to contribute what we do best in this situation: driving trains, looking after passengers in a friendly manner and bringing them safely to their destination. Onboard today, we have several colleagues who have experience with refugee trains and also speak Ukrainian. They all immediately declared their readiness for this assignment,” said Dr. Markus Hunkel, Managing Director of RDC Deutschland GmbH.

RDC is headed up by Henry Posner III and has operations in the U.S., Peru, Germany, France, England and Belgium. The company has been operating in Germany since 2009.