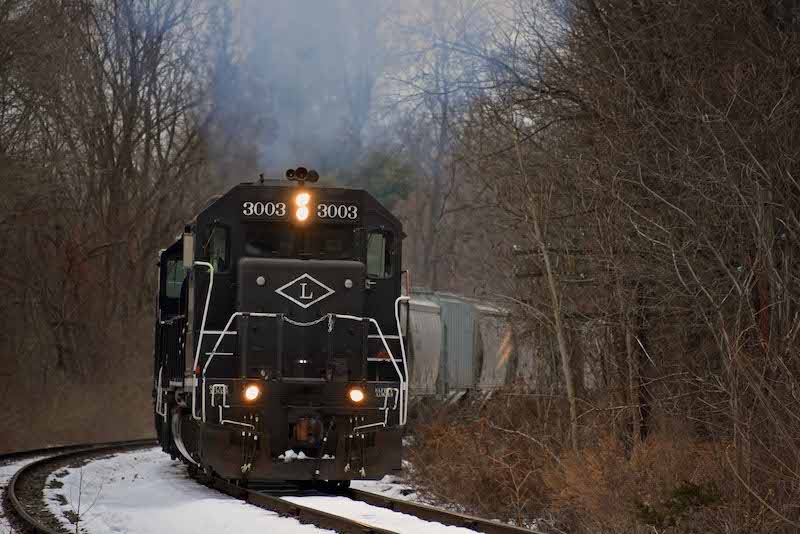 Lehigh Railway GP40 locomotives 3003 and 3002 work a frack sand transload facility at Wyalusing, Pa., one of the major shippers on the line. These GP40 locomotives worked for Providence & Worcester before coming to north-central Pennsylvania. Photo by M.T.Burkhart.

“We are excited to reach the finish line of this deal and to welcome the accomplished team of employees to our family,” Ray Goss, president of R.J. Corman, said in a release. “Over the past few months, we have been learning the operations of the new companies and are confident in a smooth and effective transition for our customers.”

The three railroads haul a variety of freight including sand, drill cuttings, scrap, feed products, fertilizer, pipe, plastic, propane, chemicals and wood products, according to R.J. Corman. Together the lines handle more than 14,000 carloads a year.

Lehigh Railway in particular, which started operations in 2009, is located front and center in Pennsylvania’s lucrative shale natural gas fracking region. It runs on 56 miles between Mehoopany and Athens, Pa., and leases its mainline in a long-term deal with Norfolk Southern. It interchanges with NS in Sayre, Pa., and Reading & Northern in Mehoopany, Pa.

Luzerne & Susquehanna operates about 60 miles of track in the Scranton and Wilkes-Barre area, leased from a local economic development authority, while Owego & Harford has 27 miles of track between its namesake towns on New York’s Southern Tier, according to the railroad. Once operated by the Delaware & Hudson (and a branch that saw tourist service for a time), Owego & Harford also leases the tracks from an industrial development entity.

Under the Lehigh Railway flag, the railroads’ motive power wears a simple black and white paint scheme lettered for the individual railroads. It includes GP40s, SD40-2s, U23Bs, a GP9 and several switchers, including a pair of EMD SW1s. By late December, red R.J. Corman locomotives had not yet made inroads on the Lehigh Railway, so Railfan & Railroad paid a visit. Here’s a look… 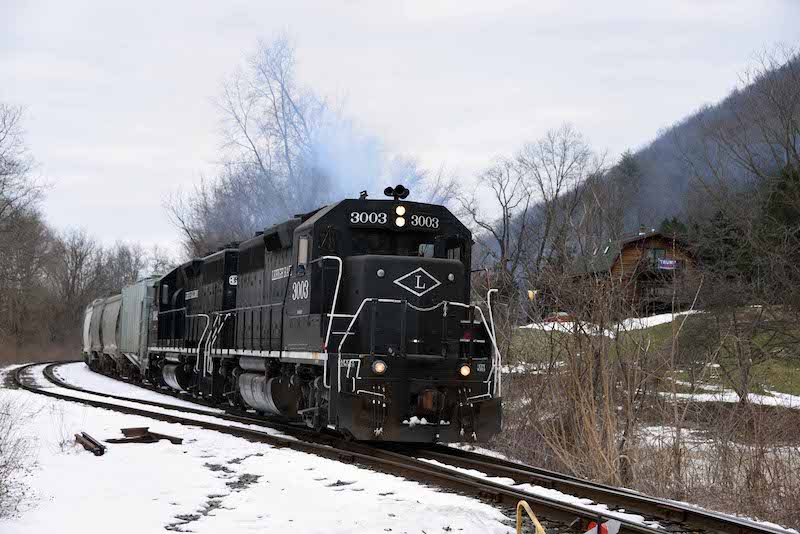 At Chillaway Road south of Wyalusing, Lehigh Railway GP40s do some work before heading southeast on the old Lehigh Railway to the Reading & Northern interchange at Mehoopany. 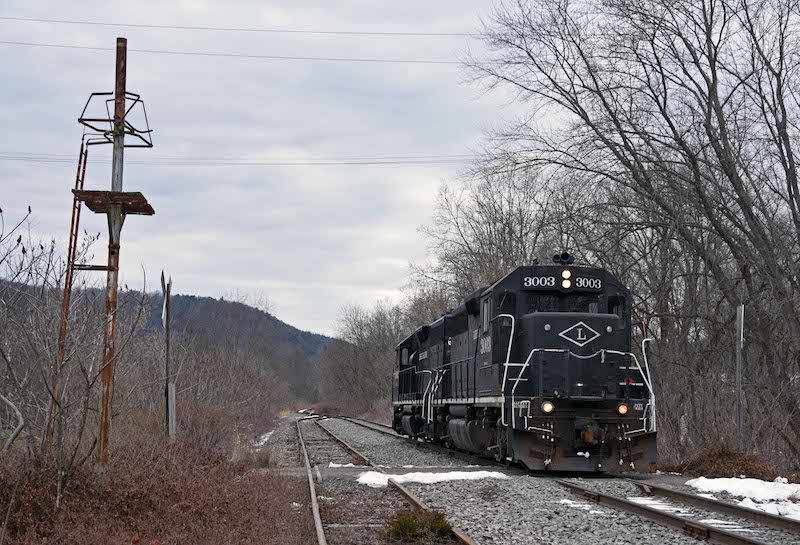 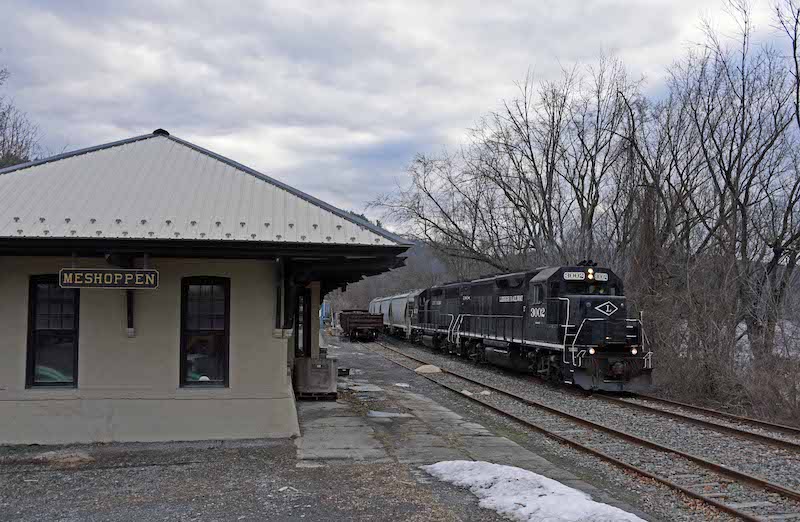 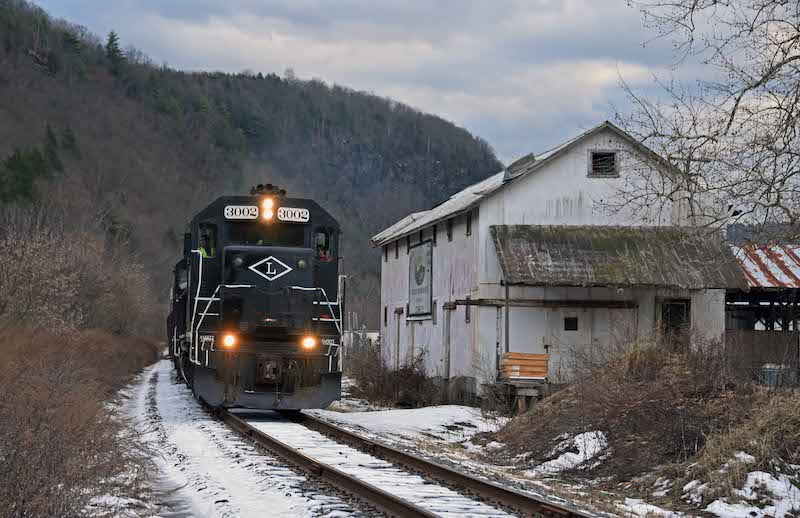 After working the Reading & Northern interchange at Mehoopany, Lehigh Railway heads through Laceyville, Pa. with a good-sized freight.