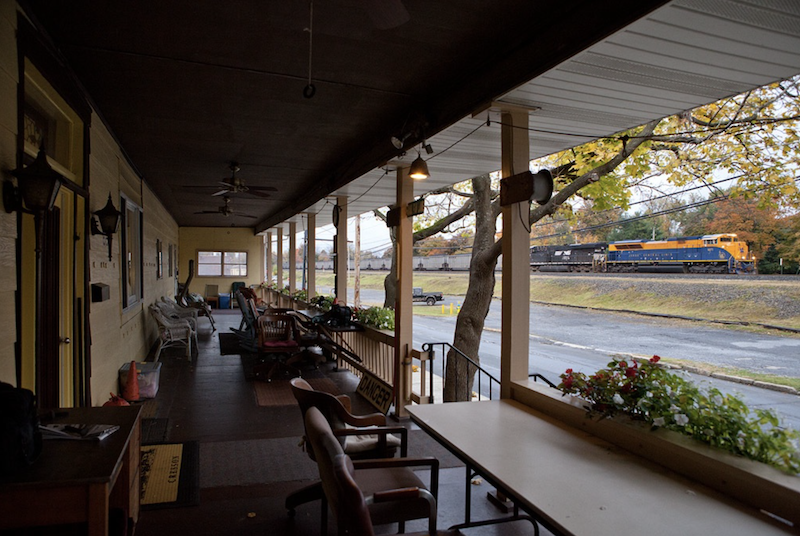 CRESSON, Pa. — The Station Inn, a popular trackside bed and breakfast aimed at railfans in Cresson, Pa., has been sold. The owners made the announcement on Thursday.

The Station Inn was founded nearly 30 years ago by Tom Davis and was situated along Norfolk Southern’s busy former Pennsylvania Railroad main line, not far from the world-famous Horseshoe Curve. Davis passed away in 2021 and the inn was later put up for sale by the family.

The new owners are Alex and Leah Lang. Alex is no stranger to railroading or the railfan community and presently is Cheif Information Officer for Transtar LLC, which owns several short line railroads in the Northeast and Midwest. Davis’ brothers, Stew and Joe, said that they received interest from six different buyers but ultimately went with the Lang’s because of their knowledge of railroading and because they were familiar with the inn itself having been frequent visitors over the years.

“We believe they have the ideas, wherewithal and energy to not only restore the Inn to a consistent and comfortable operation but to further expand on its possibilities,” the Davis family wrote.