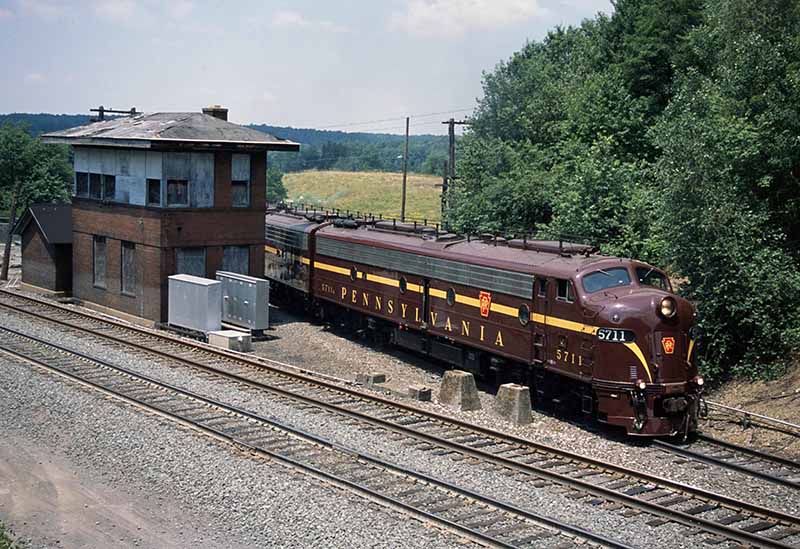 Two former Pennsylvania Railroad interlocking towers, long empty and unused, were in the process of being demolished this week, according to eyewitnesses and AltoonaWorks. “AR” Tower guarded the turnback on the west side of the tunnels in Gallitzin, Pa. and “MG” was located on the heart of the grade.

Both were well-known photo props along the Norfolk Southern Pittsburgh-Harrisburg mainline in the Alleghenies. MG was unique among Pennsy towers, with a two-story castle-like appearance and guarded the interlocking at Middle Grade, a few miles west of Altoona. It was built in 1944 and closed in 1994.

AR, at the top of the grade west of the New Portage Tunnel, was more accessible, visible from the Main Street Bridge, where helpers often turned back downgrade. Both have been out of service for many years. One former interlocking tower still stands in downtown Altoona – the 1915-era wood frame ALTO tower.