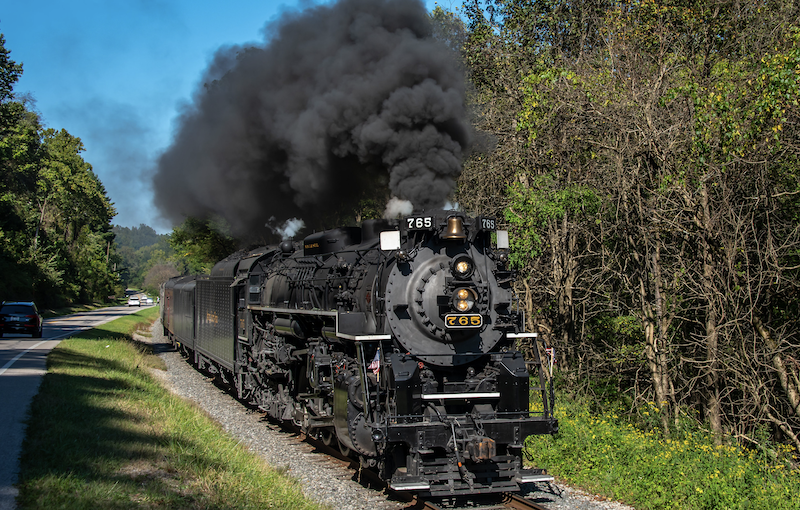 ANGOLA, Ind. — The Fort Wayne Railroad Historical Society and the Indiana Northeastern Railroad Company have announced a new partnership that will allow Nickel Plate Road 2-8-4 765 to regularly operate on the 100-mile short line railroad that connects Indiana, Ohio and Michigan. The Indiana Rail Experience is expected to last multiple years.

For years, the Fort Wayne group has had to take their locomotive on the road to let it stretch its legs, but now they’ll be able to offer more regular trips between July and October, said Kelly Lynch, vice president of the Fort Wayne group. A schedule will be released later this month or in early June and tickets will go on sale at the same time.

“This multi-year agreement will allow us to offer experiences to our friends and neighbors like never before,” said Kelly Lynch, Vice President of the Fort Wayne Railroad. “We couldn’t be more fortunate to work with a local, family-owned organization like the Indiana Northeastern. This partnership will bring joy to thousands of residents and visitors.”

Established in 1992, the Indiana Northeastern revitalized the former Wabash and New York Central Railroad lines that had all but been abandoned by the 1990s.

“Our railroad has helped drive the economy of this region since it was started to support local farmers,” explained Gale Shultz, President of the Indiana Northeastern. “We’re hoping to not only shine a spotlight on our community with the popularity of the 765, but let the world know that the region and the railroad is open for business.”