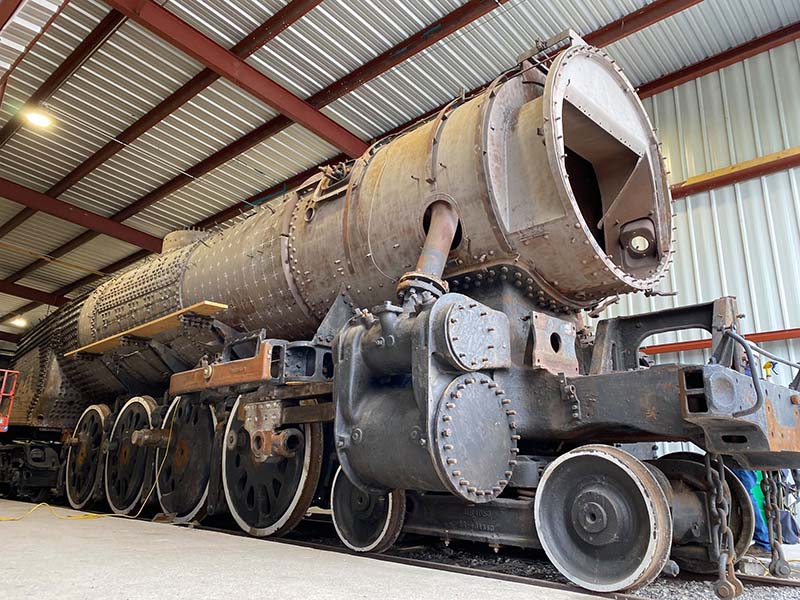 This week, Nashville Steam is also kicking off a major fundraiser as well as a $100,000 matching grant opportunity where all donations over $250 will be matched dollar-for-dollar thanks to The Candelaria Fund and The Wick Moorman Charitable Foundation. In addition to this spring’s matching grant program, the group is getting ready for “The Big Payback,” an annual 24-hour marathon fundraiser on May 4 and 5 that last year saw $15,000 in donations which were then doubled to $30,000. The Big Payback is an event put on by The Community Foundation of Middle Tennessee.

“Late Trains Magazine editor Jim Wrinn first connected Nashville Steam with The Candelaria Fund in 2017,” said Rich Tower, president of The Candelaria Fund. “That connection has helped raise over a million dollars toward bringing steam locomotive No. 576 back to life. This year, we’re asking donors to contribute to The Big Payback and have their contribution doubled in his memory.”

This coming Saturday, May 7, the non-profit is holding an open house from 10 a.m. until 4 p.m., in conjunction with the Tennessee Central Railway Museum’s German Mayfest Festival. The event is taking place at 220 Willow Street in Nashville.