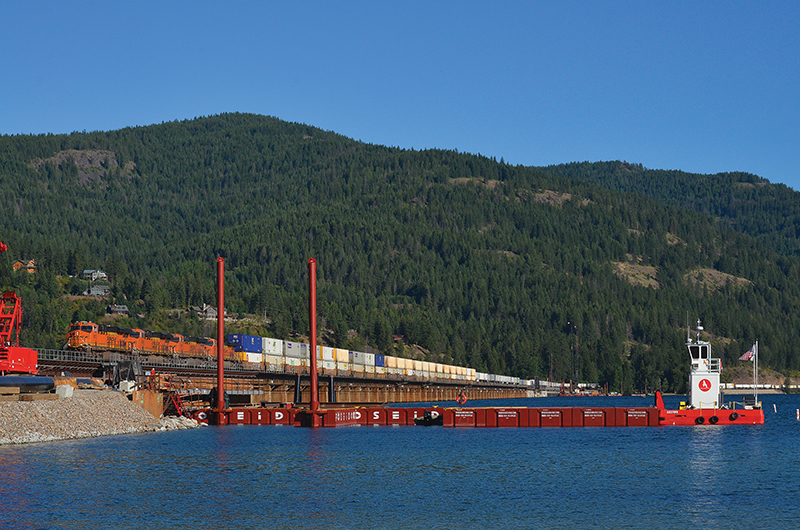 SANDPOINT, Idaho — Rail traffic on BNSF Railway’s busy main line to the Pacific Northwest is moving again after emergency repairs were made on the railroad’s bridge over Lake Pend Oreille near Sandpoint, Idaho.

The structural issues were discovered on Monday and the bridge reopened Tuesday morning. Amtrak announced late Monday that the Empire Builder would be suspended between Spokane and Whitefish, Mont.

This is not the first time BNSF has had issues with the bridge at Sandpoint, which stretches 4,800-feet and was built by the NP in 1905. In 2016, the bridge was closed twice so emergency repairs could be made. During at least one of those closures, Amtrak was detoured over the Union Pacific’s former Spokane International route between Sandpoint and Spokane.

The bridge over Lake Pend Oreille has long been a chokepoint for BNSF and a second bridge is currently being built across the lake.