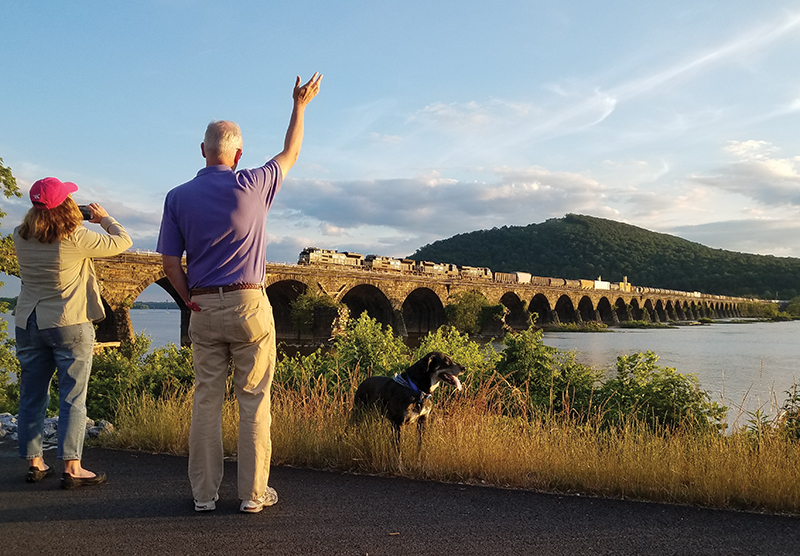 Trains Magazine Editor Jim Wrinn, right, waves to a passing Norfolk Southern freight train at Marysville, Pa., in June 2020, along with his wife Cate Kratville-Wrinn. Jim Wrinn died on March 30, at the age of 61. Photo by Alan David. 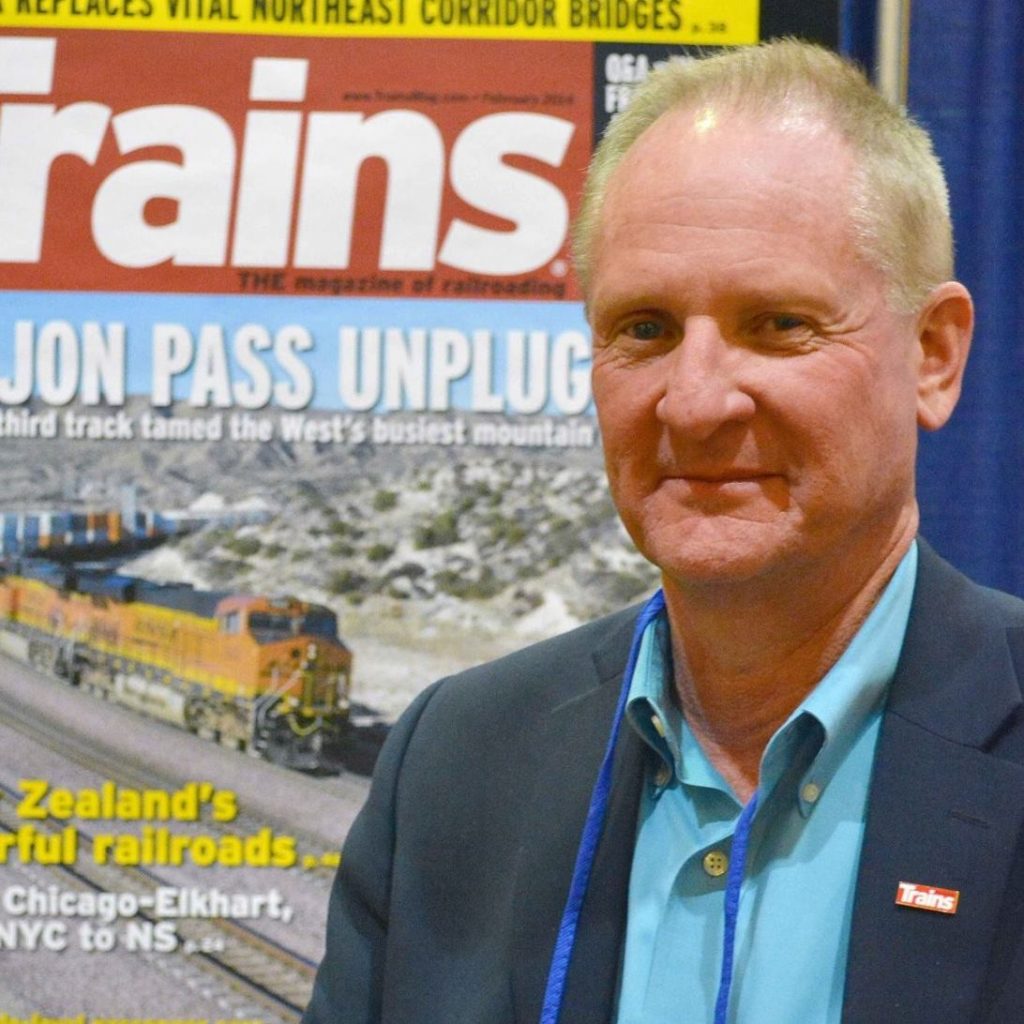 Of the many people who have dedicated themselves to recording the railroad world in print, Wrinn was among the best. Even before he became editor-in-chief of Trains in 2004, Wrinn’s byline was a familiar one to railroad enthusiasts, with countless stories and photos in Trains, Railfan & Railroad and other publications in the 1980s and 1990s. He also authored multiple books, including “Steam’s Camelot,” the authoritative 2001 volume about the first Southern Railway and Norfolk Southern steam program.

Wrinn grew up in Franklin, N.C., and came from a family of railroaders. His great-grandfather was a laborer on the Southern and his uncle was a Railway Post Office clerk. Wrinn was born just five days after his hometown road, the Tallulah Falls Railway, was abandoned, so his earliest exposure to railroading came in his father’s hometown of Westminster, S.C., where the Southern’s Alexandria to Atlanta main line came through, and the Graham County Railway, which was still using steam into the 1960s.

“We would visit my grandmother in Westminster on Sundays,” Wrinn said in a “We’d like you to meet…” column published in the November 1989 issue of Railfan & Railroad. “We’d often take the whole family down to the depot. It was kind of a Southern tradition of welcoming the train as it went through.”

Wrinn graduated from the University of North Carolina at Chapel Hill in 1983 with degrees in journalism and political science. After working at a few small newspapers, he was hired by the Charlotte Observer as a reporter and later editor. Wrinn was also heavily involved with railroad preservation and served in leadership roles at the Southern Railway Historical Association and the North Carolina Transportation Museum.

In 2004, Wrinn became the seventh editor of Trains, leading it through a transformative and challenging era in publishing and media. Bringing his trademark enthusiasm to the magazine, under his direction the magazine expanded its coverage to include additional online and digital features, a series of sponsored tours, and many live-streaming events. Even after he was diagnosed with cancer in 2020, he continued to guide the magazine’s staff producing a monthly magazine and traveling the country to bring the finest in railroading to his readers.

“While we were the editors of competing magazines, Jim and I were never competitors — always friends,” said Railfan & Railroad Editor Steve Barry. “We go back about 30 years to when he invited me to his beloved Tar Heel State to help with night photo sessions at the North Carolina Transportation Museum in Spencer (and to join him in enjoying some fine barbecue and Cheerwine). I’ll miss his dedication to rail preservation and his passion for the hobby and his readers. But most of all, I’ll miss his friendship.”

Wrinn is survived by his wife Cate Kratville-Wrinn. Trains reports that a private funeral will be held and that gifts in his memory can be made to the North Carolina Transportation Museum Foundation at P.O. Box 44, Spencer, N.C. 28159, or via the website at www.nctrans.org.