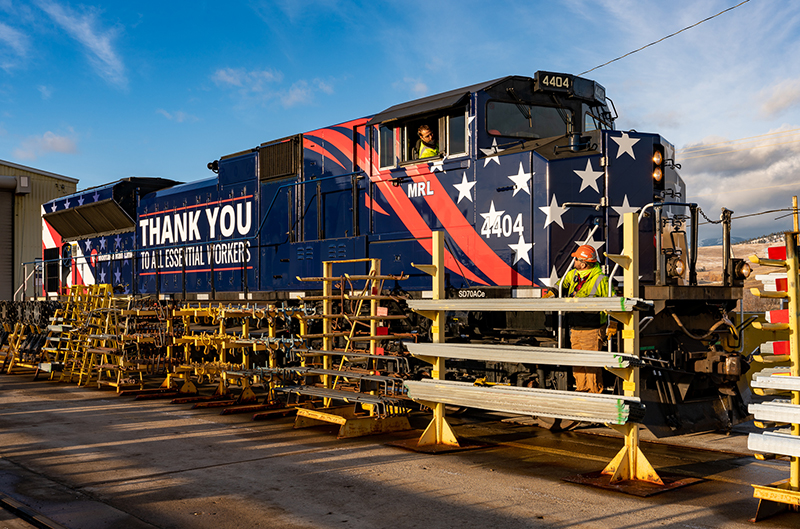 MISSOULA, Mont. — A month after it released a special tribute locomotive for veterans, Montana Rail Link has released a second one thanking essential workers for their efforts during the COVID-19 pandemic. MRL SD70ACe 4404 was released from the Missoula car shop on Wednesday.

In November, MRL surprised the railroad world with 4407, a red, white and blue wrapped SD70ACe with the logos of the five major branches of the military and “Thank You Veterans” written on this side. This time, 4404 has “Thank You To All Essential Workers” written on the longhood. The new tribute units mark the first time in MRL’s 33-year history that the railroad has made a major departure from its traditional blue and white paint scheme.

In addition to the new tribute locomotives, MRL and the Dennis and Phyllis Washington Foundation also made sizeable donations to two local charities. Warriors and Quiet Waters, a Montana-based non-profit that takes post-9/11 combat veterans on flyfishing trips, will receive $50,000. Montana No Kid Hungry, a public-private partnership with the Montana Department of Public Health and Human Services that helps feed children, will also receive $50,000. The Dennis and Phyllis Washington Foundation is the major philanthropic organization of The Washington Companies, which owns MRL.

The two locomotives are expected to eventually pair up on MRL’s Missoula to Laurel road freight. 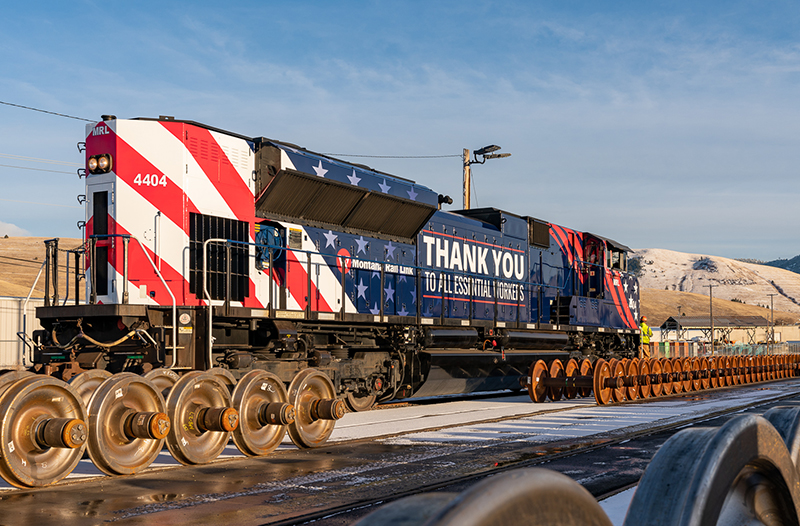