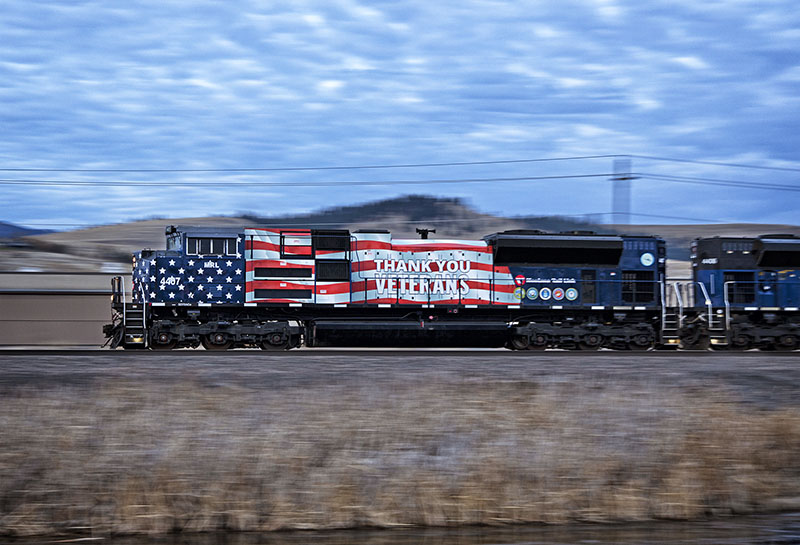 Montana Rail Link 4407 leads the Gas Local on Friday after making its debut in a new veterans tribute scheme. Photo by Justin Franz.

MISSOULA, Mont. — Montana Rail Link released the first of two special tribute locomotives at its rail yard in Missoula, Montana, on Friday. The first locomotive, SD70ACe 4407, has been wrapped with the American flag and is honoring veterans. The second locomotive, another SD70ACe, will thank essential workers and is expected to be completed in the coming weeks.

The new tribute units mark the first time in MRL’s 33-year history that the railroad has made a major departure from its traditional blue and white paint scheme. The wrapped locomotive features logos of the five major branches of the military as well as a logo depicting a submarine in tribute to the USS Montana, a nuclear-powered fast-attack sub that was christened in September.

“The purpose of this locomotive is to honor the many veterans who live here in Montana but also the nearly 200 veterans who work here at Montana Rail Link,” said spokesperson Ross Lane during a small unveiling celebration on Friday.

In addition to the new tribute locomotives, MRL and the Dennis and Phyllis Washington Foundation are making sizeable donations to two local charities. Warriors and Quiet Waters, a Montana-based non-profit that takes post-9/11 combat veterans on flyfishing trips, will receive $50,000. Montana No Kid Hungry, a public-private partnership with the Montana Department of Public Health and Human Services that helps feed children, will also receive $50,000. The Dennis and Phyllis Washington Foundation is the major philanthropic organization of The Washington Companies, which owns MRL.

“Essential workers have played a critical role in keeping our communities healthy and safe during the COVID-19 pandemic,” said MRL President Derek Ollmann. “All essential workers including railroaders, first responders, health care workers, janitorial staff, grocery store clerks and truck drivers have served all of us with dedication and sacrifice.” 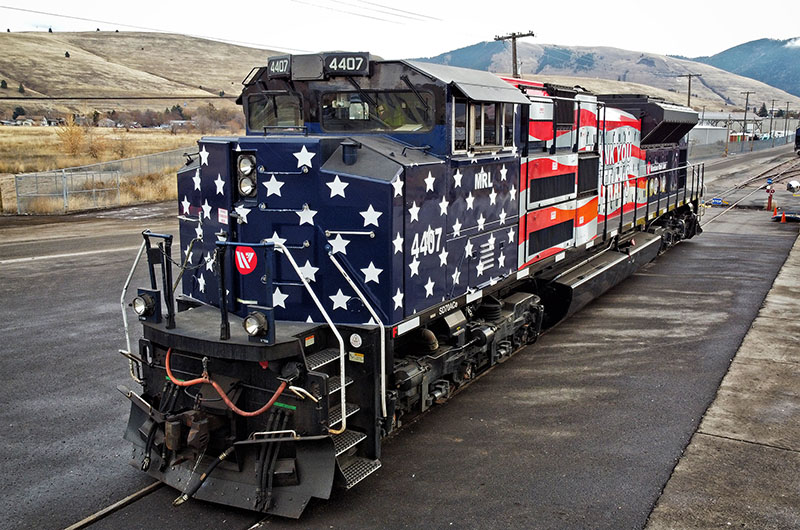 MRL 4407 at the Missoula, Mont., car shop after being unveiled on Friday morning. 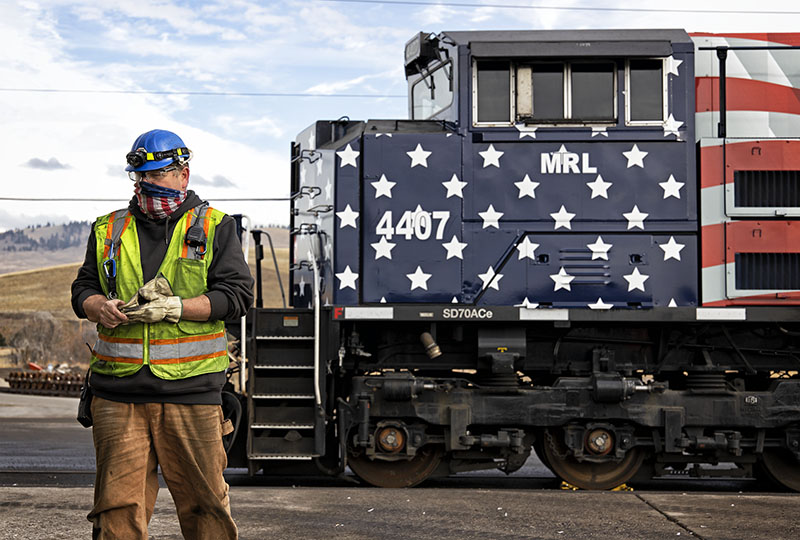 An MRL employee walks away from 4407 after preparing the locomotive for service. 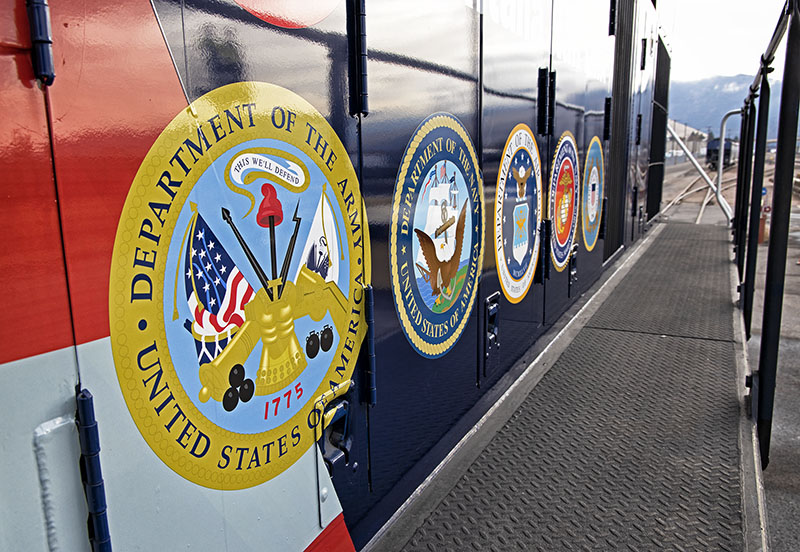 The logos of the five major military branches on the side of MRL 4407. 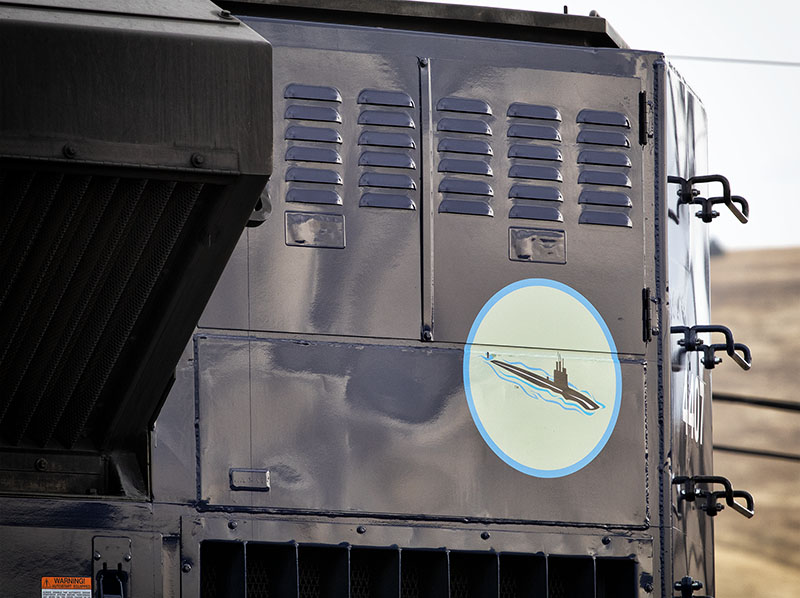 A submarine logo is on the rear of the locomotive in tribute to the USS Montana. 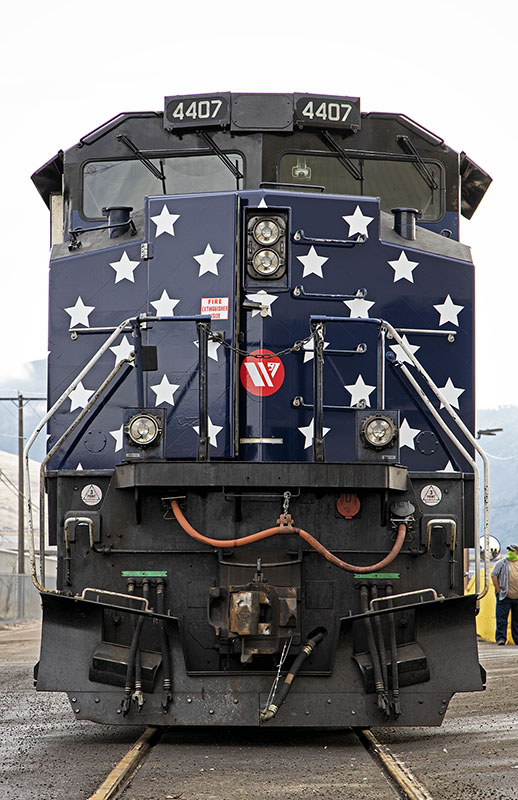 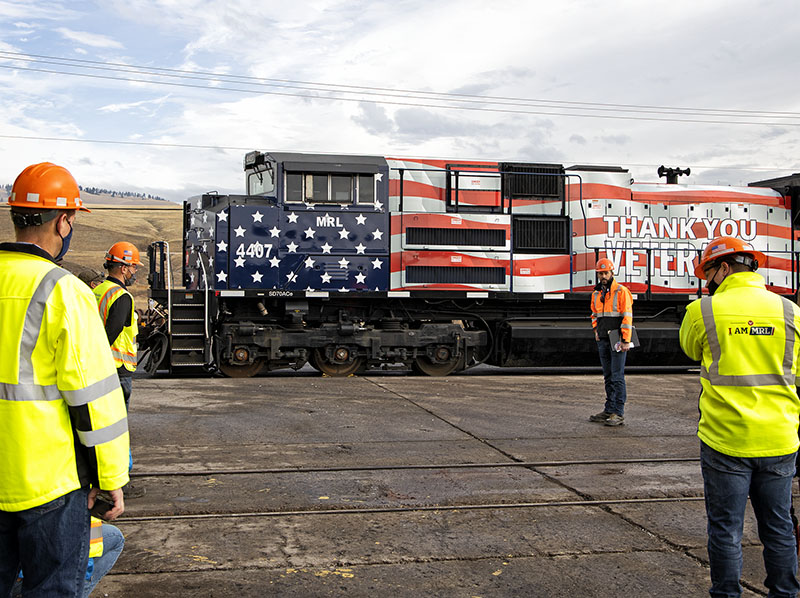 A small, socially-distant ceremony was held to unveil MRL 4407. 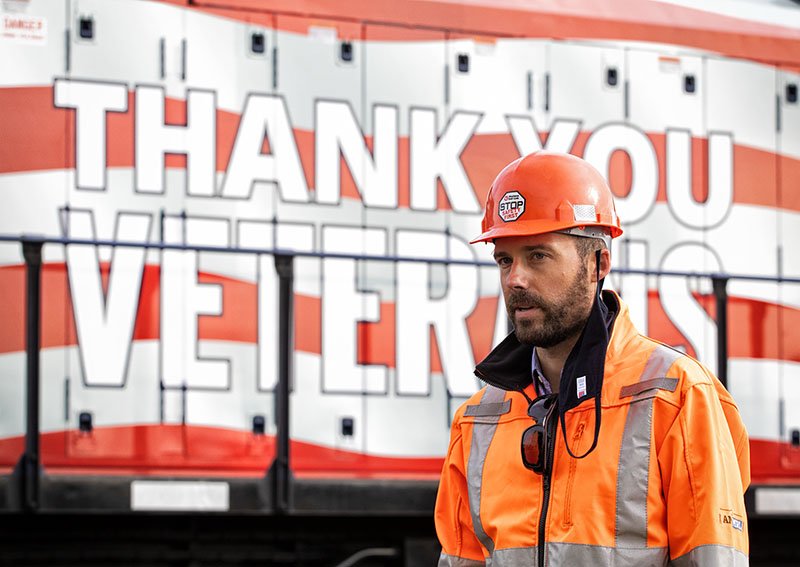 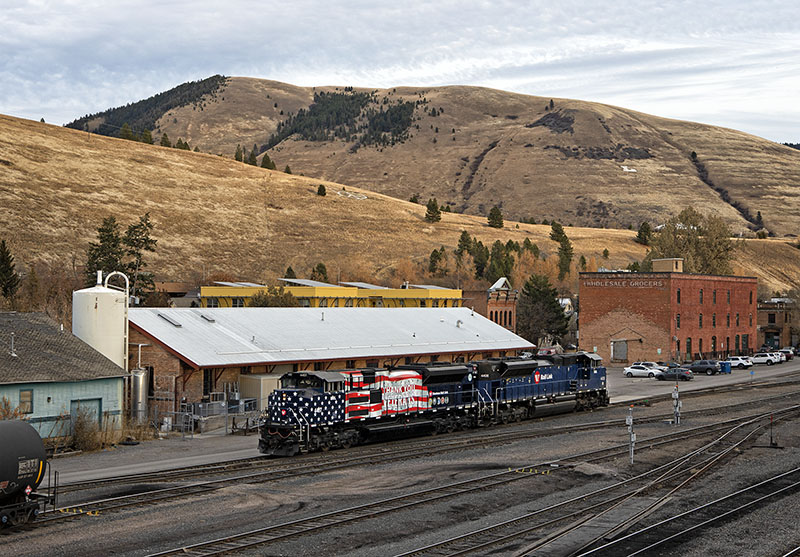 MRL 4407 heads through the Missoula yard on its way to its first assignment leading the Gas Local.