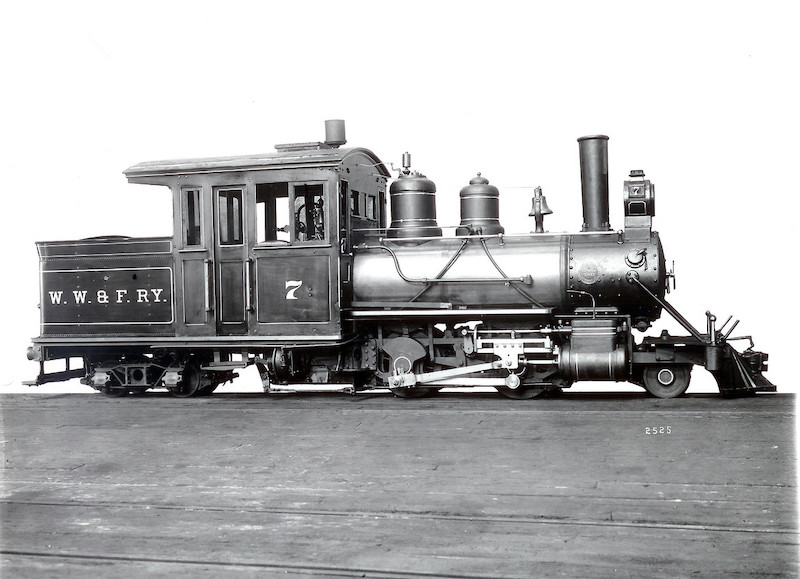 PORTLAND, Maine — Two narrow-gauge museums in Maine are preparing to tackle major projects in 2020. In Portland, the Maine Narrow Gauge Railroad Co. & Museum will soon break ground on a pair of new facilities: a depot not far from the historic Old Port and a new storage facility for its 2-foot gauge equipment. A little further up the coast, near Alna, the Wiscasset, Waterville & Farmington Railway Museum is looking to raise $17,000 this year to jump-start a long-brewing effort to build a brand new 2-4-4T locomotive.

While both museums are separate, the two groups have been coordinating their efforts in recent years. In 2019, the museums announced a plan to move a number of historic pieces of rolling stock from Portland — where MNGRR was losing its long-time display space to development — to the WW&F in Alna. The two museums jointly expanded a carbarn to house what is dubbed “The Narrow Gauge Collection” and includes some of the most important artifacts from Maine’s five narrow gauge railroads that operated between the 1870s and 1940s. 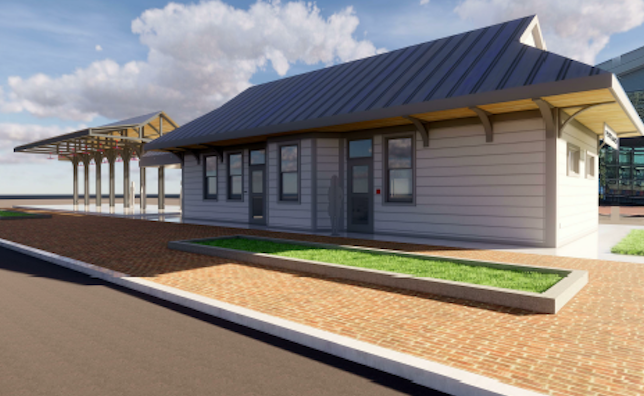 A rendering of the new Maine Narrow Gauge depot.

The Portland museum began in the early 1990s after a group purchased nearly all of the existing Maine 2-foot gauge equipment from the Edaville Railroad in Massachusetts. For years, the railroad has operated on a stretch of track on the Portland waterfront. However, about a decade ago, it began to explore the possibility of relocating inland to the Town fo Gray. One of the reasons for the proposed relocation was that the museum was losing its indoor museum space to a new mixed-use neighborhood. But last year, the railroad decided that it would instead send the equipment it had on display to the WW&F and continue to offer train rides — including an always-popular Polar Express excursion — on the Portland waterfront. More than 37 million people visit Maine annually and many stop in Portland’s Old Port, not far from the narrow gauge.

The museum needs to raise about $2 million in total to complete the new depot and storage facility. Executive Director Wesley Heinz said the museum has enough funds to begin construction sometime this year.

In Alna, the WW&F is estimating that building a brand new 2-4-4T locomotive will cost about $250,000 to build over five years. The museum currently has two steam locomotives: WW&F 0-4-4T 9 and 0-4-4T 10. Locomotive 9 worked for three different Maine 2-footers whereas 10 was originally built as a 30-inch gauge locomotive for a Louisana sugar plantation. Locomotive 10 is currently being rebuilt after the group discovered it would need a new boiler. However, locomotive 10 is smaller than 9 and the museum would like to have two locomotives that can handle larger trains on its line north of Wiscasset. A few years ago, members began to hatch a plan to build locomotive 11, which would be a replica of WW&F 7, that was scrapped back in the 1930s. A number of parts have already been built, including wheels. The group has about $35,000 set aside for the project and is hoping to raise $17,000 this year. If everything goes according to plan, the locomotive will be under steam in 2025.