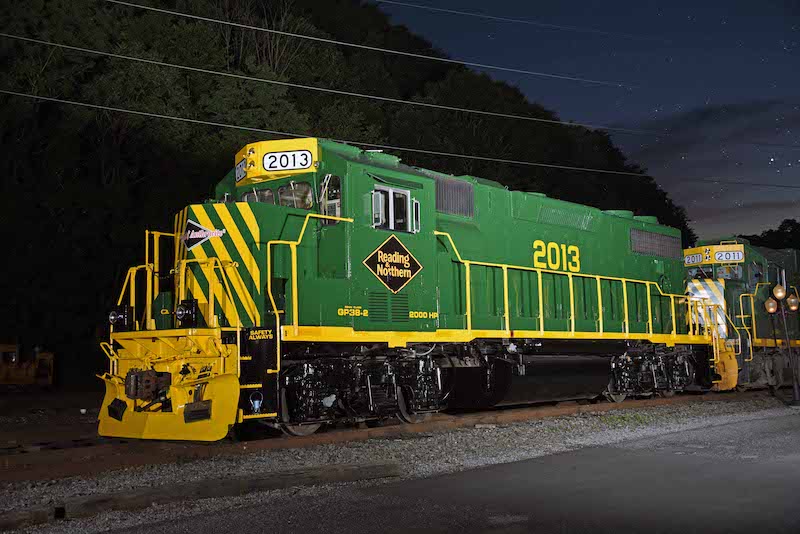 PORT CLINTON, Pa. — The Reading & Northern has been expanding its roster of EMDs recently, with the addition of several GP38-2, SD50 and SD40-2 locomotives. And now those locomotives are getting a fresh coat of paint. Late last week, the railroad’s first “Admiral Cab” locomotive, GP38-2 2013, appeared in green and yellow paint at the line’s shop in Port Clinton. The locomotive is one of four ex-Norfolk Southern GP38-2 locomotives recently picked up by R&N.

The 2013, formally 5070, was rebuilt in Altoona with the NS-designed “Admiral Cab.” The cabs meet FRA crashworthiness standards and differ from a typical EMD cab with sharper angles, raised number boards, and below floor air conditioning.

The Pennsylvania regional operates over more than 400 miles of track, much of it in the Anthracite Region, and handles about 34,000 carloads annually.

Editor’s Note: This story has been updated to reflect that the R&N purchased four GP38-2 locomotives not three.