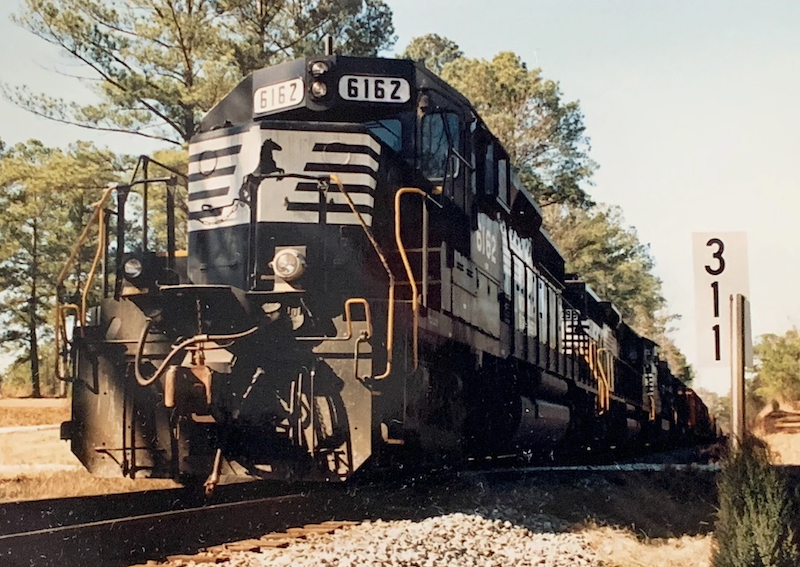 RAVENNA, Ky. — Norfolk Southern has donated an SD40-2 to the Kentucky Steam Heritage Corporation. It will be displayed and used at the Kentucky Rail Heritage Center when it is ready to open to the public. The engine is NS 6162 and was on the active roster until donation on June 18, whereupon it was dispatched and delivered to RJ Corman before the day ended. From there it would go to CSX and on to KSHC in Ravenna.

“We are honored to have this opportunity, to both showcase this fine example of American ingenuity, and to help tell the story of the fine men and women who have helped make this country what it is today through our national rail system,” said KSHC President Chris Campbell said. “We cannot thank Norfolk Southern enough for this exciting donation.”

Norfolk Southern’s donation is the latest in a remarkable string of acquisitions over the past year that has included former L&N SW1500 CSX 1100, a Chesapeake & Ohio caboose from CSX and “Old Smokey,” a Chinese QJ 2-10-2 from RJ Corman.  These joined Nickle Plate Road 587, on loan from the displaced Indiana Transportation Museum, and the main attraction, Chesapeake & Ohio 2-8-4 2716, undergoing restoration on long-term lease from Kentucky Railway Museum.

Campbell said the highly successful SD40-2 model would provide a perfect example of a powerful diesel road locomotive to compare and contrast with the powerful steam locomotives represented by C&O 2716. He expressed special thanks to Ken Jenson, Norfolk Southern director of purchasing mechanical/transportation.

Built by EMD in May 1978 as Norfolk & Western 6162, it was one of 170 SD40-2 purchased between 1973 and the Norfolk Southern merger in 1980. Southern brought 128 of its own into the merger and the acquisition of Conrail, which bought 167, added dozens more to the NS roster. It was the best-selling Second Generation diesel with 3,945 units produced over 24 years.

Progress on the KSHC restoration facility on the site of a former CSX car shop has included the re-installation of a lead track to one of the three bays of the shop, Campbell noted. The tracks at the site had been cleared in advance of being it offered for sale, so reconnecting the shop and yard area to the adjacent CSX track is an important step forward, though further trackwork was slowed by the onset of the COVID-19 pandemic.