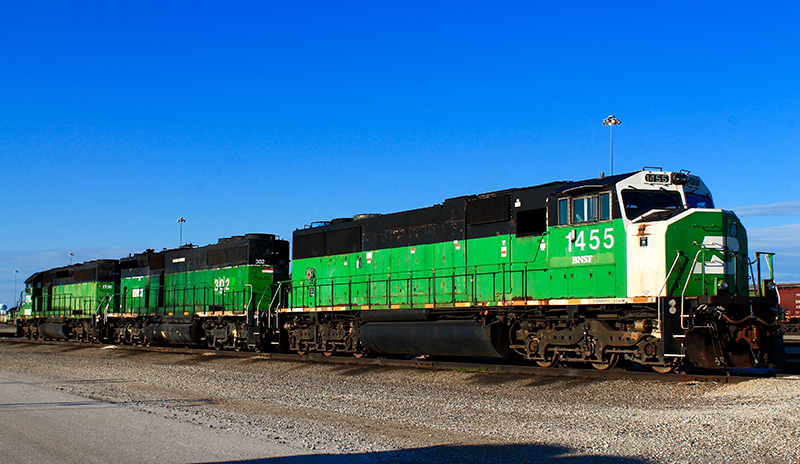 A trio of Burlington Northern green locomotives survives in 2020. Photo by Robert Learmont.

GALESBURG, Ill. — In an era when hump yards and Second Generation diesel locomotives are vanishing from Class I railroads, both of these things can still be found in Galesburg, Ill., where the BNSF Railway hump power currently includes a unique SD40-2B trio. Even more exciting is that one set of power is still wearing Burlington Northern green, 20 years after the merger with the Santa Fe.

While the wholesale disposal of entire classes of diesel power has become a common practice in 2020, BNSF has taken a more selective approach to modernization and seems to have become the Class I least likely to dispose of a useful locomotive solely due to its age. The hump power at Galesburg is a prime example. On railroads intent on eliminating older locomotives, even a minor bad order issue can send an SD40-2 into storage pending retirement and disposal, but that was never even a consideration when BNSF 300 suffered a traction motor failure this spring. 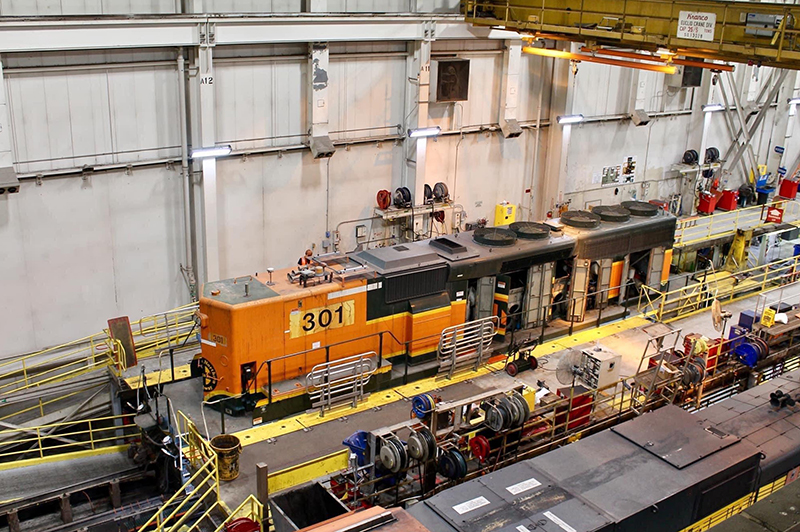 Built at GMD in Canada as a standard SD40-2 in June 1980, BN 7221 was in service just seven months when it was wrecked. It became the first of three damaged SD40-2’s rebuilt by BN without a cab at its West Burlington shops, returning to service as 7500 the following July. Two subsequent wrecks resulted in the conversions of BN 6337 to 7501 and BN 6352 to 7502 in 1983. All three would spend the next two decades traversing the system in general freight service, often in the company much newer power.

That changed after the BNSF merger. After the turn of the century, each was sent to Galesburg for use on the classification yard hump. All three are equipped with remote control equipment and serve as the controlling unit in their respective A-B-A sets.

Unfortunately, the hump and its lead tracks are not easily visible from any publicly accessible location, but the units can sometimes be spotted when being serviced from the Route 10 overpass near the engine facility or one of the neighborhood streets adjacent to the yard.