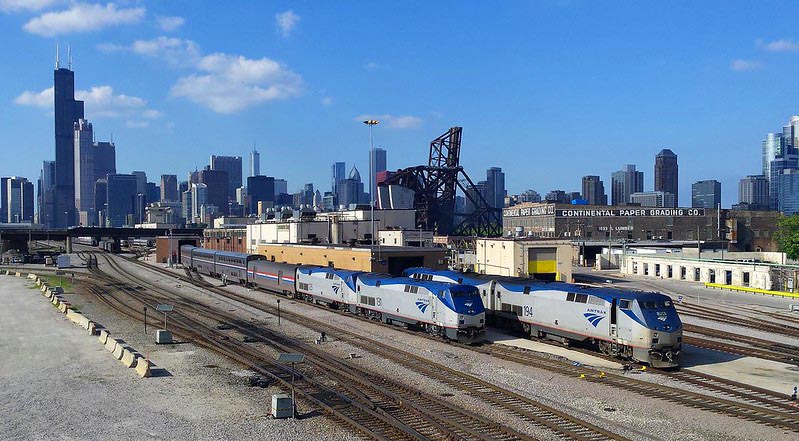 WASHINGTON — Amtrak is telling employees that it plans on reducing most of its long-distance train services to three days a week starting Oct. 1. On Monday, Texas Rail Advocates published an internal memo from Vice-President and Chief Marketing/Revenue Officer Roger Harris about the planned cuts.

According to the letter, the railroad will cut service on the Northeast Corridor by 32 percent, state-supported services by 24 percent and “reduce most long-distance trains to three days per week.” Only the Auto Train would continue daily service. “This is an appropriate response, given the current and near-term market conditions,” Harris wrote. “During the COVID-19 pandemic, our ridership has been down by as much as 95 percent year-over-year. It’s climbing back slowly – and it is going to take a long time to return to normal.”

Harris notes that some employees along its long-distance network would be furloughed, although he added that it was too early to know specifics about staffing changes. Amtrak has not publicly announced any changes to its schedule in the fall.

The announcement was not a complete surprise. In May, Amtrak CEO William J. Flynn sent a letter to Congress asking for $1.4 billion to maintain service. In an appendix to the letter, all of Amtrak’s long-distance trains except the Auto Train were listed as “at-risk” without the additional $1.4 billion from Congress.

Passenger rail advocates were quick to blast the plan. “Let’s be clear: this is penny-wise and pound-foolish,” said Rail Passenger Association President and CEO Jim Mathews. “Amtrak famously looks for ‘demand signals’ to tell it when to add service. Chopping back to 3 (times a week) will mute any demand signal before it gets to management. The long-distance services declined the least among Amtrak’s three business lines during the coronavirus-induced slowdown, and its services remain essential to the hundreds of small communities across the United States with fewer options than Philadelphia or Boston or New York City.” 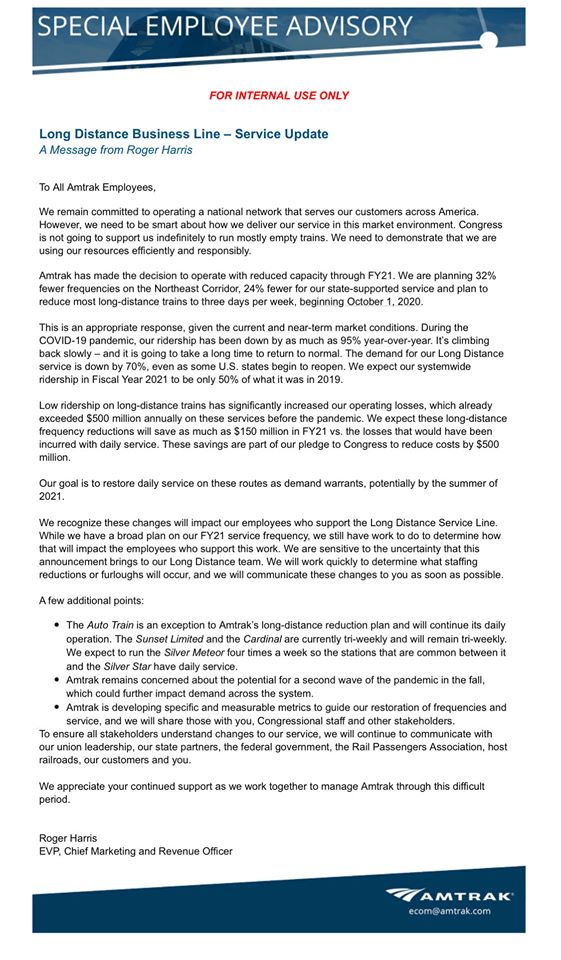