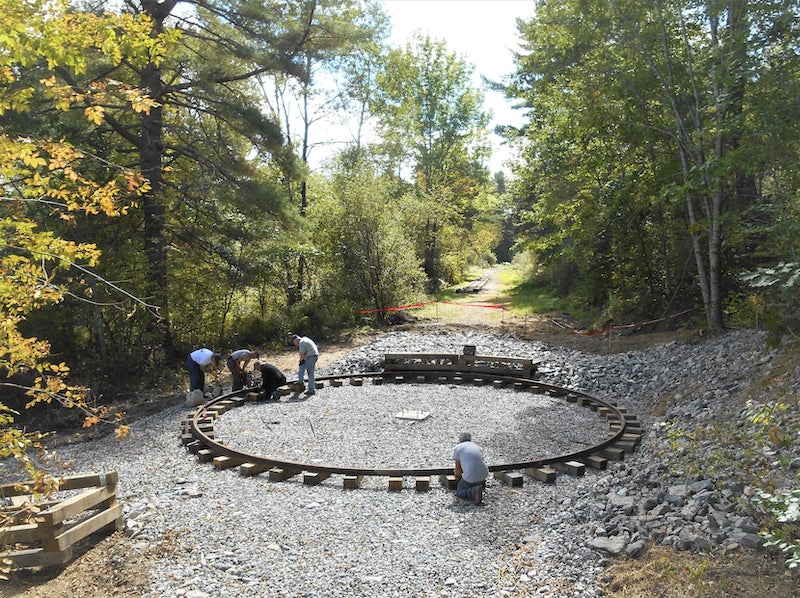 Wiscasset, Waterville & Farmington’s second turntable will allow the museum to turn locomotives at both ends of its railroad. Photo Courtesy of WW&F Railway.

ALNA, Maine — The Wiscasset, Waterville & Farmington Railway Museum is installing a second turntable on its rail line that will greatly increase its operational flexibility.

The WW&F, which is currently rebuilding a section of 2-foot gauge railroad that ran during the late 19th and early 20th centuries, is currently installing a 2-foot gauge turntable that once belonged to the Bridgton & Harrison Railroad. The WW&F already has one turntable at its Sheepscot Yard on the south end and this one will go on the north end. Board member Jason Lamontagne said the installation of it will enable the museum to turn its steam locomotives at each end of the run so they are always facing forward. 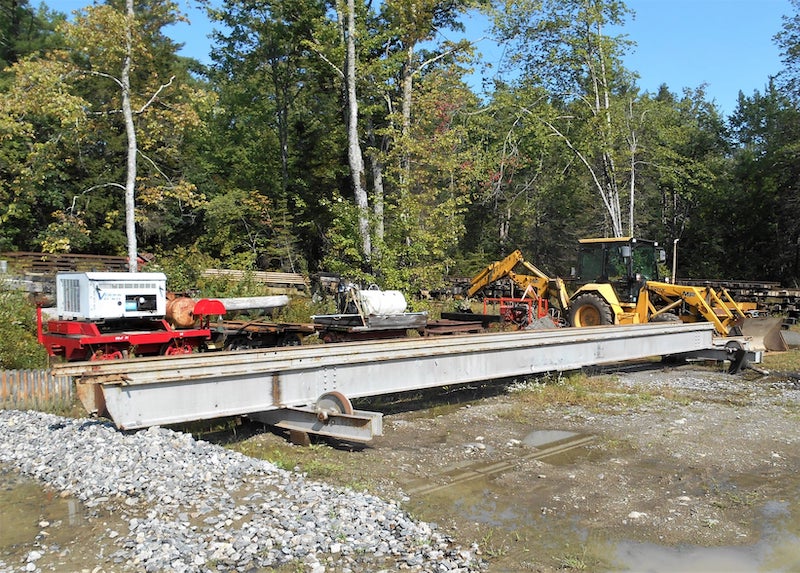 The turntable being installed on the WW&F Railway this fall.

The turntable was built for the B&H and later ended up at Edaville in Massachusetts, which used it to access its machine shop. The turntable and the rest of the Edaville equipment moved back to Maine in the 1990s to form the core of the Maine Narrow Gauge Railroad Co. & Museum in Portland. The turntable has been in storage for more than two decades and is still owned by the Portland group. The two museums have an agreement to store and display some of the MNGRR equipment at the WW&F.

Earlier this fall, the turntable’s new foundation was built and the table itself was expected to be installed before the snow flies.

On the south end of the railroad, the WW&F is currently building a brand new three-stall roundhouse, big enough to hold its two steam locomotives plus a third it is building from scratch.