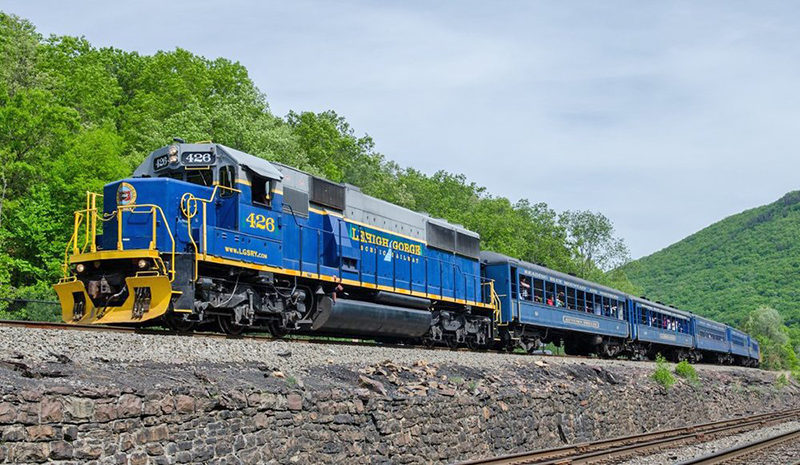 According to a press release issue by parent company Reading, Blue Mountain & Northern, the Lehigh Gorge Scenic Railroad passenger excursion operation based out of Jim Thorpe, Pa., will suspend operation by the end of November in response to the Borough Council’s demand for the payment of an “amusement tax” amounting to nearly $100,000 for the years 2016 through 2018. Refunds will be issued to customers who purchased tickets for Santa Trains, and freight operations will not be affected.

“Since it is clear the mayor and the Borough Council do not care about what we have done to assist Jim Thorpe over the last fifteen years, a period in which the borough government has done nothing to assist the railroads, I have decided to focus our energies on communities that want to work with the railroads,” said Andy Muller, Jr., Chairman and Chief Executive Officer of RBMN in a statement.

Reading & Northern was founded in 1983 to operate a cluster of branch lines clustered around Reading, Pa., and has since grown to include more than 300 miles of track throughout central Pennsylvania. The excursion train operates on a 16-mile route through Lehigh Gorge State Park owned by the county, formerly operated by George Hart’s Rail Tours, Inc., from 1971 until 2004.