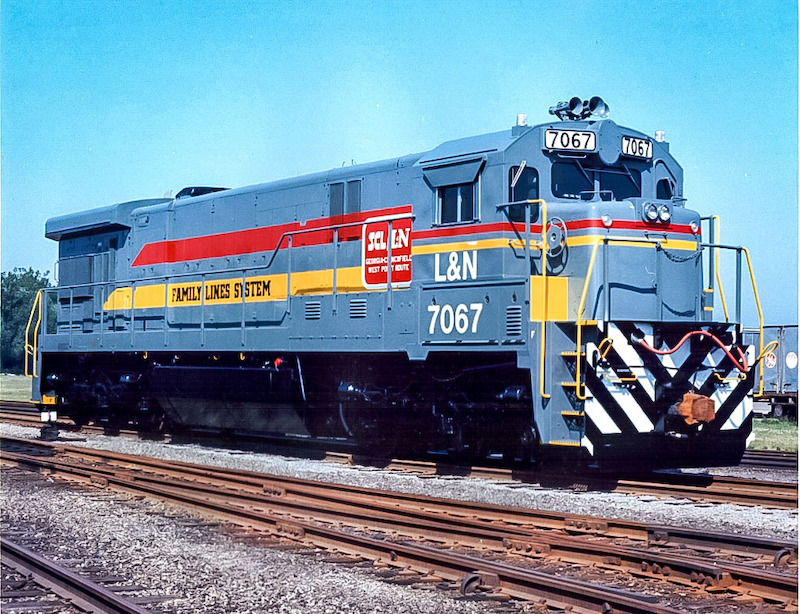 “This is an exciting and unique addition to our collection,” said Chris Campbell, Kentucky Steam founder and president. “Locomotive 7067 represents a quickly-vanishing era in railroading that is in many ways being forgotten, and this locomotive has historical relevance to our region as it and many others like it were once based at our facility in Estill County, Kentucky.”

The locomotive was built in 1980 as one of 44 C30-7s owned by the L&N. The locomotive later ended up on the CSX roster. In 1999, the Huntington Locomotive Shop painted the locomotive in Marshall University colors and it was used in the Huntington area for university functions. In 2017, it was given to the C.P. Huntington group. Recently, the group was looking to thin its fleet of equipment and decided to donate the GE to Kentucky Steam, which plans on moving it to its facility in eastern Kentucky. The locomotive will be restored to its L&N “Family Lines” appearance and be put on static display. 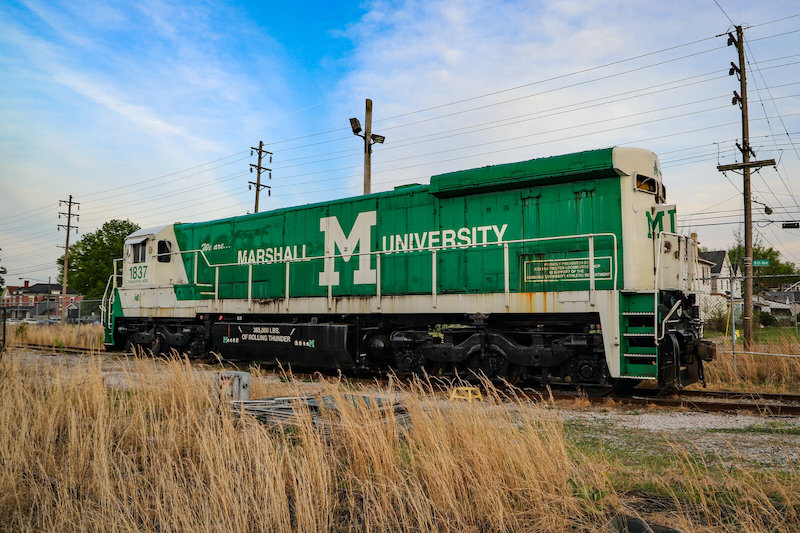 Former L&N 7067 rests in Huntington in a livery inspired by Marshall University. The locomotive was used for years as a game-day display for Marshall athletics and other events. Photo Courtesy of Kentucky Steam.

“Not having the facilities to restore it and knowing it was a rare engine, we looked for a group that had the means to restore it to its original appearance,” said Skip Reinhard, president of the Huntington, West Virginia-based railroad nonprofit. “We did not want to scrap it, knowing its history. Kentucky Steam was the organization we found that had the facilities to restore the engine, and their leaders accepted our donation.”

Kentucky Steam plans to move the engine later this summer and will be hosting a fundraiser to pay for prep costs. Campbell said Kentucky Steam is happy to accept the donation of the 7067, although the acquisition was not foreseen before this spring.

“We are very appreciative to the CP Huntington group for considering us for this donation. While 7067 is a welcomed addition to our collection, it’s also not something we budgeted for in 2021,” Campbell said. “It’s a good challenge to have.”